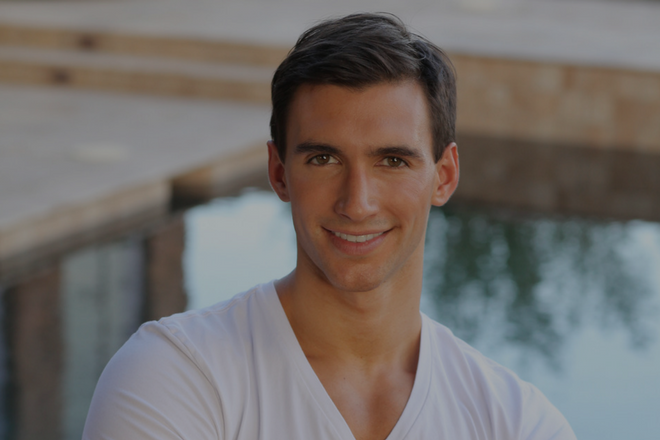 Segment 1: (Length :04:00) – General Updates; Introduction to Dr. Anthony Balduzzi and his journey as an entrepreneur and to becoming a Naturopathic doctor; The Fit Father Project inspired by his own father; Fulfilling his purpose.

I consider myself a bit of an entrepreneur by accident. I didn't grow up knowing that I wanted to run my own business.

“I did grow up with a very sick dad, and when I was about seven, dad fell out of bed one night, had a seizure, and we took him to the hospital, they did some brain scans, and found out that he had cancer, and he passed away within a couple years.”

“Growing up, seeing dad sick, developed with me a really early appreciation for how important health is, and what happens to our families and our lives when we lose it”

“He was forty-two when he passed away, and I made a couple of commitments. It was my tenth birthday, and three months after he passed that I said I was going to personally figure out how to stay healthy, so I could take care of my mom, and my little brother, because it was just three of us, now'”

Second, that I was going to figure out how to keep other fathers healthy.

“This kind of launched a health and fitness career from the memory of my dad. I started studying everything I could about nutrition, exercise, doing my push ups and my sit ups at night, and that steamrolled into some kind of little fitness stuff with some body building.”

“Got my first personal training job at sixteen. Started body building through school, and training, and then when I graduated the University, I launched my online business, The Fit Father Project, which really distilled down, at that point, a decade of information on how to lose weight, how to build muscle, specifically for fathers.”

“It’s a way to honor my dad, and it’s a way to also help other fathers. It’s definitely an impact driven business, and I get excited waking up every day to create content, create new courses, and do some coaching with people, so that’s the short end of the story; of why I am here right now and why I’m doing The Fit Father Project; it’s why I’m a doctor”

Segment 2: (Length :04:00) – Talking with Dr. Anthony Balduzzi; Building his business online; Setting himself apart from others.

“I’ve been working online for about four and a half years, now. I would be remiss if saying that, I figured this stuff out right off the bat, it took me about three years to actually really start making good money online where this was a business, and I was having more importantly the impact and the reach that I wanted to with my brand.”

“I saw a lot of guys out there, like Tony Robbins, and Doctor Oz, people that had a lot of knowledge around health and lifestyle, that were teaching people on scale, so I set out through a very slow process of reverse engineering what it took to build a platform, and unfortunately, I wasn’t aware of great resources like this podcast, and other things, from the early gate to help cut down my learning curve.”

“It was crazy, because coming from a personal training background, I definitely had sold lot’s of packages where I was working with people one on one.”

“I remember I sold my first product to this guy in Florida, and I was living in Philadelphia at the time. I’d never met this person and he had bought through an email series that I had set up. I never talked to him and I got an email from him, I actually didn’t even know that he bought until I got an email about four weeks later where he sent me a progress picture, of him, and he had lost around twenty-five pounds, I think.”

“That really hit me like, wow, this is something that as an entrepreneur I can now take my systems and reach people at scale, and help potentially millions. That is really my goal.”

“Online we’re becoming so much more savvy as both consumers, and experts and we can sniff out BS, really quickly.”

“If the stuff that you’re teaching is not of the highest quality of information, that it literally sets itself apart by the sheer nature of being that good, then you’re going to get drowned out by the noise.”

“That’s why I’m fortunate that I invested about a half a million dollars into education, that now is starting to get ROI on that, because I do know the deep, deep, deep, deep science, but outside of formal school there is plenty of ways to become a deep expert in anything.”

Segment 3: (Length :04:00) – The catalyst for his business; Your brand being more important than the external things; Building an authentic brand in a saturated space; The realities of building online.

“I think one thing that was a big catalyst shift for me came a couple of years ago. It was when I started making impact in meaning and mission and then baked that into the brand itself.”

“The Fit Father Project wasn’t always The Fit Father Project. There were two to three brand iterations that I had put out into the marketplace, got feedback, and it started continually modeling until it became what it is. Essentially, the brand story got more clear from working with people and we started baking more of the mission in.”

“When my customers buy, they are not just buying a fitness program, they’re buying an idea of what it means to be a fit father. And it’s how we set things up that our courses aren’t just about losing weight, but about staying strong for your family.”

“All the things it means to be a fit father, mentally, emotionally, spiritually, and of course physically, my customers are so much more loyal and they’re indoctrinated into the mission, and they want to spread this, because it’s so much bigger than six pack abs, and bigger arms.”

“In the tailgate space, we’re a niche big fish in a little pond. Now we’re hoping we can become a player in a much bigger pond.”

“When I had that mentality, and this was in the early years of starting the business, I was making no money.”

“It was for a lot of reasons, but one of them was that I was still attached to that idea of how an online business should work.”

“Then, I started changing things to become more community centric where I’m responding to my auto responders, constantly talking to my community, constantly engaging and inviting that engagement, and trying to have as many touch points as I can with people.”

I'm investing more of my precious time with my customers. It's indescribable.

“What I help people do is first make a shift to realize that things like blocking five minutes for meditation, blocking fifteen minutes for a workout, doing some simple meal prep, actually makes all that time that much more efficient.”

“Because we get caught in having to work this many hours, but I’m more interested in how can we get more out of the hours that you’re working, and nutrition, sleep, exercise, is pretty much the only way to really amp up your productivity when you actually in the game, and plugged in.”

“Sticking to that idea that I will get to that eating, and exercise stuff once my business is at this revenue benchmark, that will never happen, so we need to learn and start to build the habit muscle of baking these things into our routine, and one thing I do with people is help them realize that it doesn’t have to take a lot of time.”

“The second point that is super important is managing blood flow . . . Because our brains and our gut digestive tracts are always battling for X amount of blood flow. We have a set amount, and it’s either going to your stomach, or it’s going to your brain.”

“What I would say is really ritualizing meal prep and picking a day that works best for you. Sunday happens to work best for me, but you can definitely pick a different day, and also understanding that the cost of not meal prepping is the fact that you’ve now created, I’ll say, at least two to three decision points, every single day, where subconsciously you know you have goals to eat healthier, and in the back of you mind, your subconscious brain is constantly thinking about when am I going to get my next food.”

“Just set my mind up right, so that I’m getting more done, and I’m feeling better in the process, because I want my entrepreneurial journey to overall feel great. Yes, there actually are hard pushes, but I want to be proud about what I am doing, and be happy about the present process.”

“I think a lot of stress comes from future pacing. Where we see that horizon, and that’s where we want to be, and we’re entrepreneurs we have big goals, for sure. That horizon we’ll never catch it as far as we run. The art is figuring out actual habits and rituals that enable us to get more into the present.”

Physical fitness is not only one of the most important keys to a healthy body, it is the basis of dynamic and creative intellectual activity. – John F. Kennedy