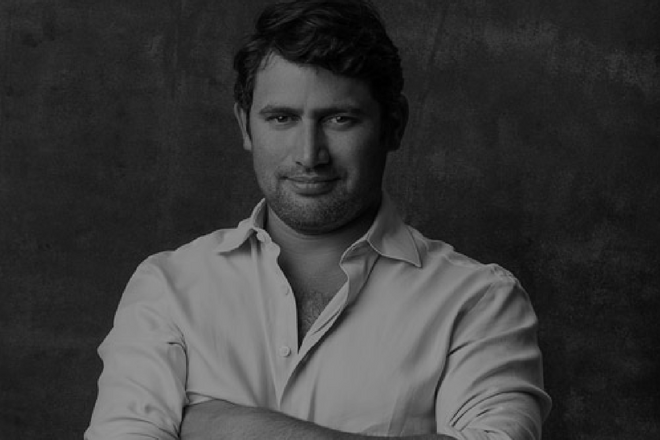 Raj Peter Bhakta – Founder & CEO of WhistlePig Whiskey; learning from failure; having the right mindset; 3 essential keys to being a successful entrepreneur

Segment 1: (Length :04:00) – General Updates; Introduction to Raj Peter Bhakta and his journey as an entrepreneur; a series of “failures” to find success; getting on The Apprentice with Donald Trump; trying new things without a plan.

What led to WhistlePig, which has been a great success, was a series of failures, for lack of a better term.

“When I graduated from college, I decided I wanted to serve the country so I was going to go into the Marine Corp. That got derailed as you noticed by a skiing injury, so I started an Internet company called Automovia. That did not work, although it was a great, tremendous educational program.”

“I got cajoled to go into the family business, which is a hotel business, like limited service hotels, Hampton Inns, Holiday Inns, that type of thing. I did a development in Vail in Colorado. This is 2000 now 3, 2004, but did not really jive well with my dad in the family business.”

“A friend of mine convinced me that the way out was, the peace with honor exit, which was to try out and get on The Apprentice, so I did that. I had the very unique distinction of being fired from a job that I never had in front of 20 million people by Mr. Trump.”

Then had absolutely no clue, so I'm a little over 30 years old at that point, have really no clue what to do next in life.

“After I did that, I’ve always had an interest in public policy, so I did a lot of political commentary on the cable news networks. This is 10 years ago, which in turn transformed into a race for Congress in 2006.”

“It was a fairly hopeless race, but I needed to get some more attention in the campaign. Border security was a big issue, is a big issue, but was a big issue back then, so I took an elephant across the Rio Grande with a mariachi band playing to show how open the border was. That didn’t win me the race, and I got my ass kicked pretty badly.”

“On a whim, a friend of my just mused that, wouldn’t it be funny if there were an Indian guy who was doing what Steve Irwin, you remember the Crocodile Hunter guy. I go off to India, travel all around the country with a billion people . . . to find a guy who can do the Steve Irwin thing from India. Then, I’ll be his agent and turn that into a big show.”

“I spend 3, 4 months in India, I come up empty handed. Now I feel like a real triple loser, right? You can’t win a reality TV game show, you lose a congressional race, and you dumb son of a bitch, you can’t even find one guy in a country of a billion people who can replace Steve Irwin.”

“Maybe you are just a loser, and maybe it’s time to get comfortable with that notion. That’s where I was when another friend whose farm I’d love coming to in Vermont convinced me to buy this dilapidated farm and with no clear plan whatsoever.”

Necessity is sometimes, or frequently, the mother of invention.

“Dairy farm with no cows that hadn’t been invested in in probably like 50 years, so it’s very dilapidated. Now this is 2007. I buy the farm, the economy collapses in 2008. Red blinking light you’re going to go broke very shortly boy, you need to figure out how to make this farm work. What to do?”

“. I knew that making milk was not particularly profitable, nor does it something that I think I would do very well. It’s a pure commodity business. Not going to do that. Then I thought, well, what can you do? I’d always loved whiskey, for better or for worse, any alcoholic beverage.”

“Basically I stumbled into a meeting with a guy who had just left Maker’s Mark. He spent a couple of years really studying the spirits business and he said,

‘Listen, I know enough about the market that if you have a phenomenal rye (rye whiskey hadn’t really become popular, but it was just beginning to catch on in certain circles as the drink) that you are able to come to market with at a time that I know was right, then you’d had a very good chance of succeeding.’

At that moment I knew that it was going to work because it was the best rye I'd ever tasted, and it was the same in his opinion. They guy's name is Dave Pickerell, he's like a legend in the whiskey world.

“I knew that I needed to succeed because I was betting the farm. I said, okay, listen, you have one last bullet here. You can pull a little bit of equity out of the farm, and whatever you do has to work. I figured if I had an old rye, I had the name WhistlePig in my mind that came from some chance encounter in Colorado when I was walking in the Rockies, you could make this work.”

“We bought the old stocks of rye, which allowed us to basically start with the very unusual in the whiskey world you start a new company with an old product. By the way, whiskey needs to be old if you’re going to pay a premium for it, and that allowed us to get into business and really consolidate a lead as the ultimate rye whiskey in the country.”

“Well, like many things in life where they say the thing about getting lucky is being prepared to be lucky, when I say I stumbled into the meeting, I was looking for it. I was looking to build a distillery on the farm, I was talking to people who knew about it, and he was one of the people that was recommended to me to talk to.”

It was a very fortunate coming together because everything's gone very much according to plan.

Segment 3: (Length :04:00) – Having the right state of mind; 3 essential things to be a successful entrepreneur.

“I think it goes back to a state of mind, right? You have to be in a state of mind where you’re actively searching for that, for lack of a better term, luck that I think is definitely if not essential, very, very helpful in success. It doesn’t strike you dumb and blind on a day as a flash of inspiration. What Edison said:”

“Inspiration is what 99% perspiration and 1% inspiration?”

You got to constantly be looking for that piece of the puzzle that will allow you to succeed.

“In this case it was the spirits business. I wanted to get into the whiskey business in particular, but there are all these impediments to being able to do it.”

“First of all, if you want a whiskey, you have to build a distillery, then you have to let your whiskey age for some years at least, so unless you’re sitting on a huge trust fund that you’re will to bet a significant portion of, the business is not possible.”

“You’re constantly searching, okay, well, how do I get into this business with a product that’s already old, which at face value can’t be done, but I was thinking that way. I was looking for solutions.”

“I think there are 3 things that you really need to succeed as an entrepreneur, or in anything that you want to do in life.”

First, I actually believe that you need to get a little lucky, all right? To the point that we were just making, you only get lucky if you're really looking to get lucky and really prepared to get lucky.

“The second thing you need is you need to have faith. You need to believe, in yourself and whatever else you’re doing, because without that you’re a leaf blowing in the wind at the whims of whatever, the last conversation you had, or the last movie you watched, or the last piece of influence that you were just received.”

“Then the third thing is that you need to be able to really work your ass off for it, and to concentrate, and to focus.”

It's 3 things. It's some good luck, a preparation to have that luck. You need to have faith, number 2, and number 3 you need to be prepared to work like a dog for a while, and for a long while.

Don't be too timid and squeamish about your actions. All life is an experiment. The more experiments you make the better. - Ralph Waldo Emerson