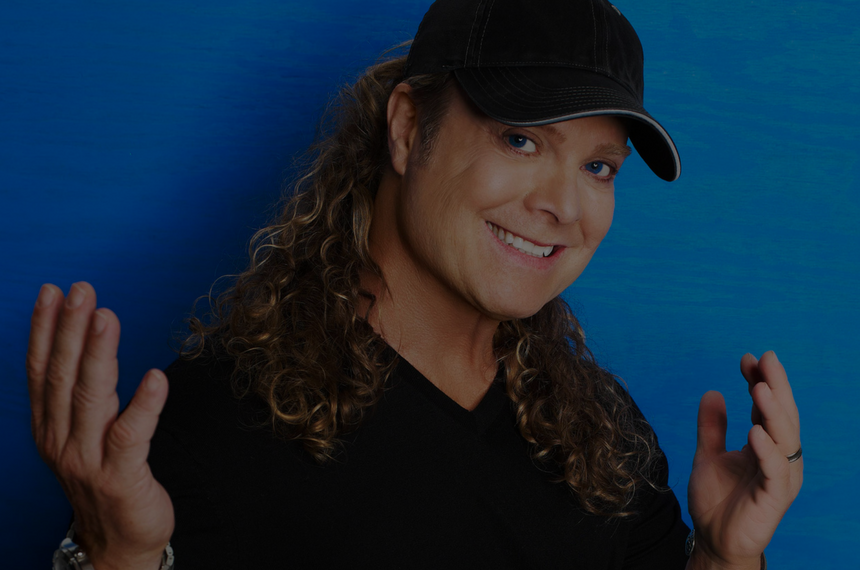 Tony Little – Fitness Entrepreneur, Author of There’s Always a Way, Building an empire on a risk; Making a name for yourself; Dealing w/Adversities; Always moving forward.

Segment 1: (Length :05:00) – General Updates; Introduction to Tony Little and his journey as a fitness entrepreneur thus far, as well as his background into creating his empire; Confronting adversities; Starting his own TV show

“I grew up with a lot of adversities and everyone has challenges and I learned how to handle the adversities. I realized that most of my successes came after an adversity and that really helped me continue to move on.“

“The first major adversity I had really was the one that had caused me to understand because I curled up on that one. That was when I had worked all my life to be a professional bodybuilder and I went out to California and I was hit by a school bus.”

“I spent two years in and out of hospitals going, ‘why me, why me, why me,’ and I was just able to break through it after the two years. One day I saw Jane Fonda on TV doing this high impact aerobics and I thought, ‘Man, if she’s out there doing it, I can do it because I’m sure she has her training group life,’ so I went down to the local television station to do my own television show.”

“I didn’t even know how to do television. They said, ‘Who are you?’ Nobody knew me and . . . ‘Why are you fat?’ . . . It’s because I’m motivated. I didn’t have a job. I went in and told them I wanted to do my own fitness show. I think there’s a show out there that needs to show people how to exercise first before they actually start in a video program.”

“I didn’t know how to produce it. I didn’t know anything. I went home and now I’ve got to figure out how I’m going to get the money. So, when you put your back against the wall a lot of times, immediately when you have a problem and you imediately feel that there’s a wall there, you’ve gotta move forward. It forces you to move forward.”

“If you don’t move forward, you’re not going to go anywhere. You’re either going to stay where you are or go backwards.”

Segment 2: (Length :07:00) – Talking with Tony Little; Building a company on a risk; Making a name for himself; Differentiating in a saturated market; Building a $1.5B business

“Nobody can underplay the value of a brand name. The name says it all in the brand.”

“When I developed my videos and three of the top 10 videos were Billboard’s best selling videos of all time at one time, and I look at it and wonder how I got to that level. I mean, I think it had to do with me saying I had to move forward.”

“I went out to a convention in Vegas with a video in my hand. Nobody knew me. I even had to arm wrestle one president to sit down and talk to me. I did whatever it took and I left that place with 6 offers on my first video I ever pitched.”

“I think people have to go forward. The whole question is, if you never ask a question, you never know the answer. And so many people are afraid to go outside the box. If you step out, you stand out. If you don’t step out, then you’re stuck. I’m a move forward guy.”

“I think people always go for the underdog. People want to see that person succeed.”

“This was an opportunity for my first infomercial in this particular area for me to come out on stage and tell a positive.”

“I went out on stage with a live audience for my first Gazelle infomercial and said, ‘Listen, it’s not what happens to you that matters in life. It’s how you respond to what happens to you. The key for you is to never stay where you’re at. You’ve got to go forward.'”

“I then showed them (the audience) a clip of me getting a ton of makeup over the scars on my face and my back. Two weeks ago I was in a bad car accident. I’m not supposed to be here. I’m here because I believe that you always  have to move forward and I did $66M (in sales).”

Segment 3: (Length :07:00) – Diversification in the market; Wellness; Choosing the right things to endorse and go into.

“The wellness aspect of it all. I got into all these other brands. Fitness is not my only brand.“

“You’ve got to stand by your product, right? I can’t believe people just endorse a product out there whether they like it or not.”

“Struggles and criticism are prerequisites for greatness. That is the law of the universe and no one escape it.”

“If you realized that an adversity or what seems to be some unsurmountable path that’s in your way, there’s always a way around it.“

“There’s always a way. That’s just the way I think. I don’t give up on things. So many people give up too quickly.”