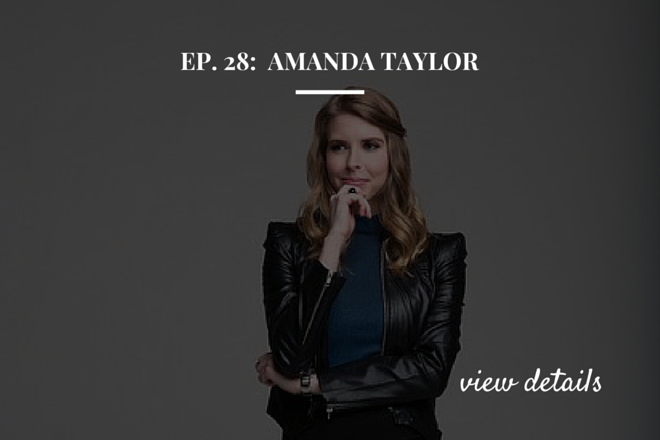 Amanda Taylor –  Founder of DanceOn; Creation of one of the largest online communities in the world; Leading a startup; Innovation as the key to building a community; Content creation and execution for audiences.

We’d like to thank our Sponsor Needls – They are an amazing platform the easiest and most effective way to advertise online. For those of you who have a product, blog or online brand and are looking to drive traffic that converts, but don’t know where to start, Needls is a fantastic company that very easily and fluidly advertises across Facebook, Twitter, Google and Instagram for you.

Segment 1: (Length :05:00) – General Updates; Introduction to Amanda Taylor and her background to becoming the creator of DanceOn; Creating a programming brand and curating massive content across a community-based platform. 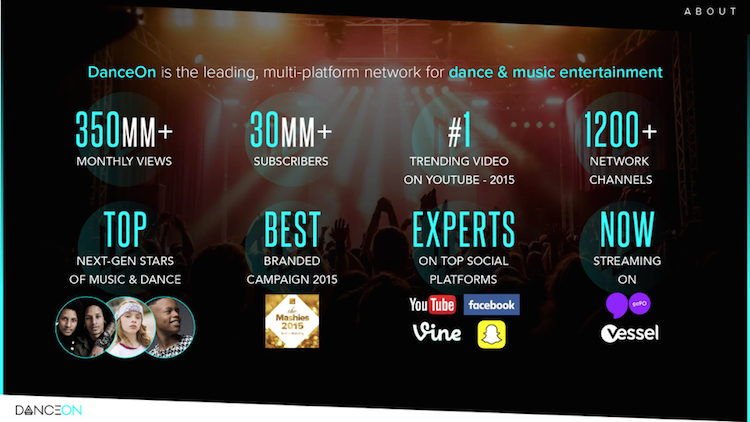 “I started in artist management and I think I saw a really big opportunity at a good time. People weren’t really looking at dancing music the way that I was. I was working with dancers and choreographers and I saw what was happening on YouTube in other categories and other social media networks.”

“I saw that there was a really big opportunity for folks like gamers or beauty gurus and I thought, ‘Why is that happening for people that I’m working with. Let’s figure that out and build a platform that empowers them.”

“It’s evolved because we’ve been able to empower so many types of creators. It started with dancers and expanded to choreographers and music video directors. Now, really the music artists themselves.”

“We’ve expanded into being a programming brand, to a community of artists that are really creating content. We started on YouTube and expanded from there to take all the social video platforms really serious around Facebook, around SnapChat, around Vine and now we’re on some premium platforms like Verizon’s go90.”

“It took a long time to educate everybody in why this is important as an artist. Why is it important to put yourself out there in social and build your reach, build your fans, talk to them everyday and every week?“

“As people started to do that, the would get real value . . . first it was getting real value in the real world because they were getting gigs from it, and then it was actual real value just in digital. I’m making money here in this space.”

“This last phase, because we have enough people active all the time, has allowed us to start programming.” 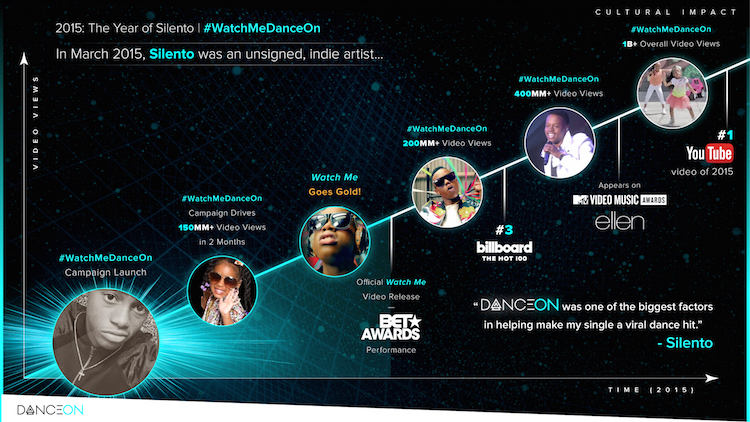 “We’ve been doing it for several years, but every year and really every quarter is very different because we find ourselves in the next phase. The challenges change. In the very beginning – ‘Can we get enough capital? Can I get people interested?’ – It’s so rocky because it’s just starting and nobody has ever heard of you.”

“It continues to evolve as an organization where I feel like we’re at that tipping point. We have 45 people right now and you linger at the 50 and then next thing you know you have hundreds of people. So, we’re still at that nice size where you know everyone and I can talk to everyone.”

“As a brand you want to be on all of the different platforms, but there are new ones that launch all the time. You don’t want to spread yourself too thin and you want to make sure the strategy is to have the strongest execution on the most important platforms.”

Segment 4: (Length :04:00) – Having multiple channels on the DanceOn Network; Building out other channels; Asking your existing audience for feedback; experience in growing through leveraged networks.

“DanceOn is the main brand channel. We also have a really cool channel called Yak Films. It’s really different from DanceOn because DanceOn skews female. It’s very young Millennial, Gen Z. Yak is 90% male, all underground hip hop from all over the world.”

“It really starts with the creators. It’s not my own ideas or somebody on the team. It’s looking at folks that are doing it really well and doing really cool things and then saying, ‘hey, do you want to work with us on it?'”

“There’s different ways to partner. In the case of  Yak, they existed actually prior to DanceOn launching but they were one of the first people we called and said we love what you’re doing. How can we work with you and support you? We’ve been in partnership ever since.”

“There’s power in numbers and power in building community, especially on YouTube. There are so many different tactics that do that. I think it’s always been incredibly mutual benefitting. If people don’t feel that than it won’t work. Most of the time it just works for people.”

“I definitely see the continued rise of next generation programming brands, 100%. You look at players like Awesomeness TV and Vice and Tastemade. All those guys are doing it really really right. The thing that I think is most exciting is the fact that we can have global conversations about content now in real time. That will continue to get stronger and stronger with more and more connectivity.”

“We wanted to get really good at competitions specifically. Competitions are obviously really successful in TV and people weren’t really doing them in digital yet, and we’re in the music and dance sphere. So, why not? Let’s own this.”

“We’re expanding into all genres of content and have the capital to really invest in, which is exciting because fund raising for content is tough.”

“Madonna is finding talent through the network. One of the first things we did is tell her to check out Lil Buck and Lil Buck has been going on tour with her ever since.”

“A big piece of being an entrepreneur is just jumping in and recognizing that you’ll learn as you go. No amount of education will teach you this.“

“When I started the company, I said to my first investors, ‘Do you think I can do this because don’t have an MBA.’ I hadn’t started a company before. I’ve raised money around different shows and I understand the different components of fund raising, but it was new and I was scared. I recognized what I was taking on.”

“They said you’ll never be ready. I just had to go and do it. That was the best advice I could have gotten. I’ve taken that with me every step of the way.”