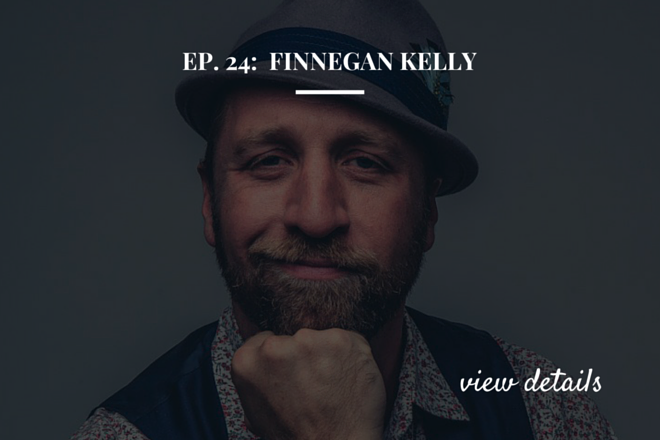 Finnegan Kelly –  CEO & Co-Founder of The Go Game; Always Innovating, Creativity & Leading with Intuition; Hungry for Creating; Failures to Opportunities; The Ability to Stick With What You’re Doing.

“We eventually decided to make what we call a ‘pool of missions’, so you’d start off on a track and be dumped into this cluster and pool and it would start to decide which mission to serve them next to optimize their game (mission).”

“This is how we figured out how we could scale this thing up to thousands of players and not have to try and control the players.”

“We initially started off much more broad. I was going after creativity . . . What I found in these little moments of Go Game play, when you put the constraints on people of 10 minutes, they have an assignment and they’re in the middle of it with instructions coming from a phone, that they come up with the most amazing things. It completely pushed themselves so far with such little time.”

“People are really hungry to express themselves.”

The trend is to have more play in the workplace.

“Playfulness, purpose and potential – The highest indicator with all these companies, Zappos, Apple, places where they are given a high degree of freedom to control HOW they do their job are places where people have a much higher score for their playfulness.”

“Trends that I’m detecting are companies want to create a playful environment where people have the ability to decide how to solve their job, not just follow a road set of tools. It’s tapping into their creativity.”

Segment 3: (Length :07:00) – Let’s talk about failure; Bringing something to market that you have to pivot; Finn’s TEDx talk

“It becomes clear after time that we’re not going to be able to sell software that’s internal to a company with just being a team building company. You need to be some kind of intranet or hub business tool that you’re offering along side, besides just goof off antics.”

“It’s starting to come back. We might have been too early for it’s time. With all this literature coming out about how to keep employees motivated, happy and retain them, I think there might be some method to bring it back.

“Some failures can turn into an opportunity – After Finn had a game gone bad, he sold the game’s program to make up for the failure.”

“Following the clues when you’re blocked and nothing is showing up, then it’s time to move on to a different thing.”

“First start with the physical. Get yourself into flow with physicality; your body. Get rid of the emotional stuff. There’s not way to get rid of your outside clues until you pay attention to the inside ones. Building your chi is building your life force. It’s built by listening to what really resonates with you.”

“The only thing that really differentiates a successful entrepreneur from an unsuccessful one is the ability to stick with it and stay with it with all of your energy and all of your force that you know this is the thing you should be doing right now.”

“To Follow One’s Bliss, you must be led . . . there’s a force that continues to pull you forward throughout the rest of your life and your job is to develop intuition, and to tap into the clues that are being presented in the form of synchronicity. Synchronicities are those moments of chance that seemingly are coincidental but carry more information than chance could possibly afford .” – Finn Kelly