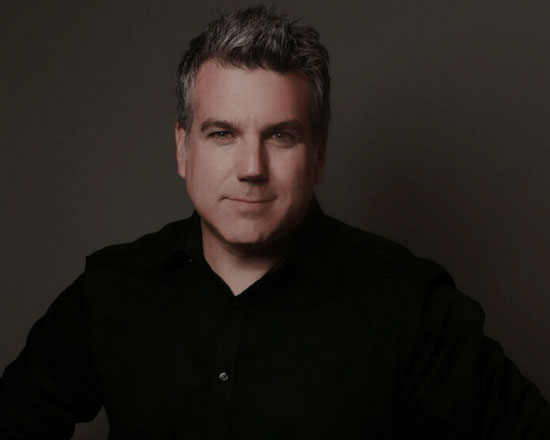 “We want investors to not only make money, but we want them to feel really good about the impact they’re making in society.”

Segment 1: (Length :04:00) – General Updates; Introduction to Brian Smith and his journey as an entrepreneur; Leaving Morgan Stanley; Investing in healthcare and technology.

“I was with Morgan Stanley working with high network family offices out of a Boston office. In 2003 my wife and I were expecting our first child and we had a little girl who was born at 23 weeks, she was 1 pound 4 ounces and she was born very sudden, my wife was rushed to the hospital.”

“They tried to slow down her going into labor and the water broke and our little girl Juliana Grace was born. The chief of newborn medicine was in the room and he came over to me and said, “Unfortunately we weren’t able to administer the steroids to get the lungs going on their own, you’ve got a couple of hours with her.” And she passed in our arms.”

“That was certainly a life changing event for my family, my wife and I. It was still to this day it’s unexplained what happened other than my wife was, her body was telling her she was at 40 weeks when she really was only at 24 weeks and therefore the baby was born.”

What happened as a result of that is, I decided the best way for me to cope with the loss was to get involved with organizations like the March Of Dimes and do whatever I can to do my part to make labor and delivery safer.

“I come from a very large family and I’d never seen or witnessed a pregnancy that was as difficult as ours was. All new to myself, to my family and I became known as kind of the March Of Dimes guru within the Morgan Stanley offices.”

“I served on the board in Boston and one day another financial advisor brought an article to me that was written by a doctor in Boston saying how doctors are really challenged on when and when they shouldn’t do a c-section because the technology, a lot of the kind of technology has a hard time always tracking the heart rate.”

“He talked about this and I reached out to this doctor, well what’s interesting is after our loss we had another daughter, Taylor, who was born a year later, she was 2 months early. So again the real issue with the duration of the pregnancy and the doctor that happened to write this article was the doctor that was on call the day our daughter Taylor was born.”

“I decided to email him, congratulate him on his article, he wrote me back, was about 4 years later from the first time we met him, and he said “I remember you, how’s your daughter, are you expanding your family?” And I said we had made a decision after those 2 really difficult pregnancies and our loss not to have anymore children. He said “Well you should come in, I think I can get you through another pregnancy.”

But my wife made the decision she wanted to go for it and 9 months later we had our second daughter, Olivia. Who is one month premature and she was over 5 pounds so in our family she was a giant.

“Well during that pregnancy this doctor told me about a company he was working on, it’s called Mind Child Medical, and I became blown away by it. It was a new fetal monitor that was gonna be the gold standard of fetal heart rate monitoring which is really the gold standard is a fetal scalpel electrode, a very evasive way to track the heart rate, they were gonna do it a non evasive way.”

“Bottom line is they had a very difficult time raising money because investment banks in DC said they were too early. They came to me thinking my investors at Morgan Stanley would want to invest, and because of my passion I thought they would too but then it became very clear representing an investment outside of the walls of my broker dealer, Morgan Stanley was really frowned upon.”

They don't want that because now they feel liable that their advisor is representing an investment they aren't overseeing. I made a personal decision to leave Morgan Stanley, join Mind Child as a consultant and made some strategic introductions to them to potential investors and they found the money they needed.

“Mind Child 6 years later now has FDA approval, and is in the hands of an investment bank looking for an acquisition .”

“What I’ve learned over those last 6 years is there’s a real appetite by investors to invest in something and getting it early, only they don’t know where to go to find those investments and they don’t know how to look for them.”

On the flip side this ground breaking, life changing company like Mind Child that if they don't get VC or investment bank money, many times they fail because they don't have the cash they need and they don't know how to attract individuals to raise money.

I was helping Mind Child, we relocated from Boston to Seattle. I had been friends with Chad Taylor, Chad Taylor is the guitarist from a multi platinum rock band Live.

“Live had a number of major hits in the 90s, they’ve sold over 8 million albums. Chad and I were friends, Chad is also an entrepreneur and he had other ventures in which he wanted me to help him out very much like I helped Mind Child out.”

“I continued to just realize wow, there is this whole universe of great start ups and people looking to invest, you just gotta find a way to connect them. Well Chad has known Jerry Harrison for years, Jerry again as you mentioned, Rock and Roll Hall of Fame from Talking Heads.”

“Two and a half years ago I relocated to San Francisco, I actually live in the same town as Jerry, and we became very good friends, spent a lot of time together, and I used to pick Jerry’s brain because Jerry was one of the founders of Garage Band.”

Jerry also worked within the venture community as the VCs funded some of his start ups including Garage Band.”

“What I had told Jerry was you know, ‘Jerry if you look at what’s happening in the crowd funding world, kick starter, and Indigogo, there’s a chance with the Jobs Act of 2012 that allows start up companies to put themselves online very much like companies do on Kickstarter, but instead of it being a donation people are actually putting in money and getting a piece of equity that this could revolutionize investing.”

“The best part about the Jobs Act is Title 3, Title 3 went live in May. What Title 3 is all about is that start up companies that are on platforms like RedCrow.com can actually start to take money from non accredited investors.”

“It’s just about educating people that forever, it’s only been a small percentage of the population which are referred to as a credited investors that have had access to the early stages of Twitter, Facebook, Uber. Where as the rest of the population has been left out. This new law makes it now possible for people to invest in early stage companies that are non accredited investors which is about, depending on our numbers, 97-95% of our population.”

“And the rest was history. Jerry and I founded this company over a year and a half ago, we went live with 3 deals on our platform in November and we’re having tremendous success with companies coming to us, investors finding out about us, and our 3 companies, Stretch, Excella, and Murel have all raised money from seeing on the platform.”

Segment 3: (Length :10:00) – Timing of investments; Making social impact and a difference in the community.

“as great as the leader of the product may be, it’s really that wave which is the timing, the wave of catching a wave and something that’s hot, and it’s making a difference that people are investing in.”

“When I think of where Red Crow is, our vision is to find these great entrepreneurs that have these amazing opportunities to bring something to market and catch a wave, and our wave is in health care, making that social impact, making a difference in the community.”

“We want investors to not only make money, but we want them to feel really good about the impact they’re making in society, very much like I made a contribution to leave Morgan Stanley.”

What backers are really buying into is a vision. Invariably, the successful campaigns are the ones that clearly articulate and effectively sell that vision. It's not just about the product you're looking to bring to market—it's about why. - Byrom Matt (Business.com)