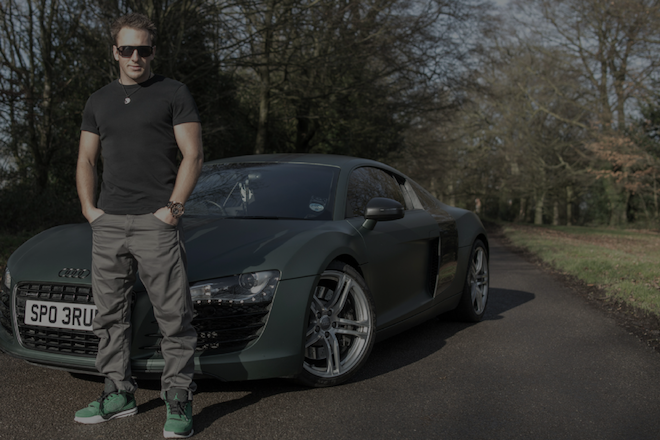 “I always have strategic partners in place, that I know that are like minded, running the same path as me, and we can bounce that measure of risk between us.”

Segment 1: (Length :04:00) – General Updates; Introduction to Sam Parham and his journey as an entrepreneur and athlete; Being entrepreneurial at a young age; Testing new products and ideas; Introducing Parkour as a sport; Going viral on YouTube

Anywhere that we could make money, create something, and build something, we were doing it.

“When I was young, the entrepreneurial business side was always something that I was interested in. Obviously, I’m from the UK, so I had a lot of UK influences, as a young kid. People like Richard Branson, from that kind of side of things, where I grew up, watching these kind of guys just going out and creating something from nothing, and that was like a really inspiring thing for me, so going through school, I always wanted to take the business route.”

“I remember, literally, as a kid, me and my brother set up our own little business, where we were selling second hand DVDs, we had a thing where we would buy and breed stick insects, I never even knew what stick insects were, but we found a local pet store, and we used to sell them to them, basically, becoming their supplier.”

“I studied sports science at college. I even at one point, I wrote this guide on how to get a six pack, and created like a PDF that I put on eBay. This was back when eBay was first starting to take off, and that pretty much paid me through university.”

That six pack guide, which was pretty cool, but with the fitness and things, led me into this sport of freerunning and parkour, and I was always a massive fan of Jackie Chan, growing up, as well, so that inspiration just started off as a hobby.

“It was very much this thing that I was doing on the side. No one really understood, and people were kind of like, ‘Oh, he’s that guy that just jumps off buildings, and stuff,’ but, I don’t know how to describe it.”

“It just got more and more serious, and, you know when you’re that kind of person that anything you do, you gotta do it right, you gotta do it properly, and you gotta showcase it, so this is back when Youtube, in fact, just before Youtube was really taking off.”

“I remember for one of my birthdays I got like this old school video camera and we decided that we were gonna start getting into production, and we were gonna start videoing our parkour and our freerunning stunts, so we started making these videos, and these chase sequences, and all this cool stuff, that was inspired by Jackie Chan, and those action heroes from the films that we used to watch.”

“We never originally started out, thinking it was gonna be a business, or even a job, but quickly, these companies were starting to say people obviously want to see this stuff, so we’re gonna hire you, we’re gonna pay you to come and either be in our videos, or live events, and that’s when we started to realize that there might be a business in this stuff, so we started taking it in every avenue that we could.”

“We built a following with the freerun side of things over in the UK, and now, with the WFPF, the World Parkour Freerunning Federation, over in the US, clothing, apparel side of things, we had an educational curriculum that we created, for teaching this stuff, we were doing the videos, the commercials, films, live events.”

“There was so many different facets to this stuff, and it was just exciting, it still is hell of exciting, because we are able to continue to develop this thing, and previously, it was something that just wasn’t done before, so not only are you coming at it from a point of it being a hobby that you’re just trying to capitalize on, but you’re coming at it form a point of view that you are the originators, no one else has done this, so you’re essentially paving the way.”

“Now got these young kids that are coming up, that we’re sponsoring from all around the world, even with WFPF stuff, we’ve actually got the World Championships in Vegas, in April.”

And it's really led me to everywhere that I've gone since then. I was traveling the world. I've been fortunate enough to perform in China, Jamaica, tons of different countries that I never even thought or dreamt that I would go to, but that's also fed my thirst for entrepreneurial business acquisitions and things like that.

When we were in China, that’s when I came across the electronics and the transportation devices that we started to import, and distribute in the UK. That business, in particular, within two to three years, there was a point where we were in something like a hundred stores in the UK, and to put that into perspective, the UK, I think, Florida is pretty much as big as the UK, as England, so then we took it out to the US, we started selling those things out in the US, as well.”

“Since then, it’s really been a case of just finding things that I’m passionate about, and just trying to drive some investment into it, and be smart with everything that I’m producing along the way.”

Segment 2: (Length :08:00) – Talking with Sam Parham; Outlay and risk are part of the process; Taking calculated risks; Having strategic partners

“Without those two things, you can’t gain, so as soon as you embrace and understand that, then you’re onto some kind of path, of where you may or may not want to go.”

For me, it's definitely where I do want to go, but you've got to accept that it's okay to be put outside of your comfort zone, it's okay to put something on the line, but all of the risks that you put out there, they should be calculated risks, and I feel like that's one of the key factors.

“You hear from a lot of these inspiring speakers right now. Just go for it, put it out there, push it, just do it, but the problem there is you run the risk of encouraging people to place risk but without any calculation to it, and it’s just, throw caution to the wind and let’s just hope for the best, and that’s not quite grasping the concept of what’s bred success in my life.”

“When we were doing the freerunning, and we decided to start doing our own videos and things. Obviously, at the time, we weren’t doing that for any other reason but to produce videos for ourselves, and just put it out on the Net. There was no reason. We weren’t even doing it to get work at that point. We were just trying to continue to bring something else to what we were doing. Take something, and what can you add to it?.”

“At that time, it was creating videos, it was then doing tutorials, and slowly, that snowballed, and it then got to the point where I found myself coming up and finding investments and things like the gym clothing company that I’m now doing, or the taxi company, for example.”

All of the media stuff that I didn't even realize I was acquiring, all these skills of how to film things, how to edit things, all of those skills that I've developed just naturally from.

“Investing time in myself, on those previous projects, is paying dividends now, and it’s almost like, sometimes, you don’t realize it, but the time and the things that you’re putting into, what you’re doing right now, they might not feel like they’re doing anything for you, in the immediate sense, but down the line, they’re always gonna pay dividends, and it’s kinda having faith in that.”

I always have strategic partners in place, that I know that are like minded, running the same path as me, and we can bounce that measure of risk between us.

“You’re spreading your risk at that point, and it’s always a safer bet, then, because you’ve got more people pushing for the same goal, but you’re spreading risk so that if things do not pan out, exactly as you want them too, it’s not gonna be so catastrophic that it’s gonna cripple you. You can still work together, to fight through it.”

Segment 3: (Length :10:00) – Finding talented people to align with; The misperceptions of entrepreneurship; Understanding assets versus liabilities.

Find those people that you're working with, where each has different skills as well, and it's okay to let go of something, and allow someone else that may be able to do it a little bit better than you to step into that section and manage that whilst you can focus on the other stuff that you do well

“I get it, all these motivational speakers and these inspiring entrepreneurs that are rolling around, and they’re going in a jet every two minutes, and they’re rolling around in their Lamborghini the next, and yeah, it’s cool. Who wouldn’t want the lifestyle, but I also look at it sometimes, and I’m just kind of smashing my head against the wall, because it creates these such unrealistic expectations for people, and in many ways.”

“Some people are living the life, and they’re definitely doing it great and well, and all kudos to them, but I just feel like those expectations need to be managed when you’re putting that out there to inspire other people, because I feel like it could be the worst feeling for those people, that are going out, expecting all of this stuff in a year or three years, and then, when it doesn’t come, they’re like, what was I promised?”

I would rather take that money and use it to build more, because this is a big topic for me, like you mentioned, assets and liabilities, and for me, life right now, at my age as well is all about acquiring assets, and it's also understanding what an asset actually is.

“this all circle back round to what we were talking about, in terms of managing your risks and things, because at the end of the day, every time that you’re acquiring what could become an asset or what could be an asset, you need to do that management and that self assessment in yourself to say, okay, this money that I’m gonna earmark for this particular thing, whatever it might be, first of all, I’ve gotta accept, can I deal with that cashflow going out my bank?”

“If it isn’t paying off now, that you can comfortably still get by, and make sure that it’s life is still comfortable in the meantime, until it gets to that stage where it is paying off, and I feel like that’s a big factor.”

Best way to be number one is to keep working like you’re number two.