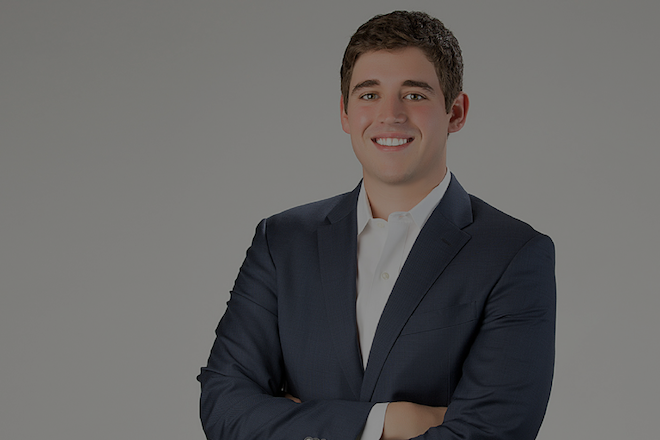 “Being able to burn beyond the midnight oil is something I’m really grateful to have learned at a young age and through some of these ultra famous restaurants that I’ve had the opportunity to.”

Segment 1: (Length :04:00) – General Updates; Introduction to Michael Tierney and his journey as an entrepreneur and chef; Trading income for knowledge; Starting at the age of 13; His brand Mikey’s.

I started a love for food at a young age. I actually did start working in middle school at a Sur La Table teaching kitchen as an assistant.

“I decided to go in and see if I could get a job. They couldn’t pay me because I was too young. Which I didn’t care about. I worked there for free until I was fifteen when they could legally pay me.”

“I traded washing dishes for working with the chefs there and they would bring in people from networks and other restaurants in the New York area where I grew up. It was a great experience to get a ton of information.”

“I built some base skills at a relatively young age. I was happy to trade income for knowledge. Did that through high school.”

I obviously knew I wanted to be in the food industry at a really young age.

“I went to the Culinary School of America, like you said, back in New York. I did their four year program there. While I was there, I was out at the French Laundry for about six months doing an extended externship there. Again, another unpaid opportunity to learn as much as possible.”

“After school, I went to work at Eleven Madison. Which was an incredible experience. I was there right as they were getting New Yorkly famous. I was there for their pre-initial start. I was there for when they sold the restaurant over to Daniel Humm, Will Guidara. When they made the top ten list in the world. It was really cool experience to be there for that entire journey up the success latter.”

“Now I’m at Mikey’s, which I started in 2014. It has grown from me baking products in the middle of the night, and driving them around to stores in the Long Island metro New York area in the morning. Getting paid cash out of the tills. Now we distribute to Sprouts, Whole Foods, some other national grocery stores, Walmart.”

We have really been able to expand and reach the product offering in a relatively short amount of time. It's been a really fun run so far. We have plenty of runway left. It's exciting to see where it's going.

Segment 2: (Length :08:00) – Talking with Michael Tierney; Being a chef and an entrepreneur (similarities and differences); Discipline & work ethic; Perseverance.

I think the most important thing for me especially as a transition into an entrepreneur, is the work ethic and the discipline you get working in fine dining.

“Working at places like French Laundry and Eleven Madison Park, there is a no hold bar attitude toward perfection. It’s a constant pursuit to be better everyday. You work triple digit hours a week. It’s kind of like somewhere between an art and a business. It’s a real passion industry.”

“To take that drive and apply that anywhere, whether it’s the entrepreneurial space or not, I think plays a hugely advantageous platform to whatever you do next. If you choose leave that industry. I think the huge similarity there is the amount of time it takes to start a business. The amount of attention to detail. Striving for perfection. Striving to be better everyday.”

Being able to burn beyond the midnight oil is something I'm really grateful to have learned at a young age and through some of these ultra famous restaurants that I've had the opportunity to spend time in.

“As for differences, the major one is in the kitchen, your entire life right is front of you. Immediate gratification. You finish a service. You finish a night. You have the gratification of cooking that service, getting your guests fed and giving them an enjoyable experience. You can leave the night fulfilled.”

“You’re not on your phone, your not on email, your not trying to manage things across a national or global platform. You’re really focused on what is going on in the minute, right in front of you, right in your hand.”

“As an entrepreneur, it’s the opposite. Our manufacturing facility is on the east coast. We’ve got four warehouses across the country. We’ve got distribution centers that we sell to in almost every state.”

“It is a very different model. That takes some transitioning. A little bit more of a hands off transition.”

To learn the repetitious discipline of you got to do something more than what your doing. You're not getting it the first try. You got to continue to build a foundational set of skills before you can kind of take it to the next level was a key component to learning business acumen in general.

“So I was at the French Laundry when I was eighteen. Which is in retrospect, is really young. I think I was the youngest person in the kitchen at the time. If I wasn’t, I would be surprised. What you learn in a place like that, which you don’t get in college and you don’t get at typical job, is a lot! This is the top of the heap in terms of our industry was the French Laundry back in 2008.”

“It was far from all sunshine and roses. To go back into the trenches everyday and continue to grind it out, there’s so much to learn in there. On the back end of it, you may not even realize you’ve learned it until long after it’s happened. I think that is the biggest take away.”

“There are so many times as an entrepreneur, your back is literally up against the wall. Whether it’s about financing, or about distribution, or about any aspect of it, that fight or flight mentality will kick in. If you’ve got a background where you have to keep coming back to the trough everyday and getting beat down to continue to build up, then you’ll be okay. I think that is a huge component why I’ve been able to be successful with Mikey’s.'”

It is not this linear joy ride. It has it's ups and downs constantly. You've got to just be nimble and persevere through all of that stuff. I think that is a huge piece of what I learned at the French Laundry and at Eleven Madison.

“That work ethic and “let’s put in one hundred and ten hours a week”, and at a time when I’m not getting paid for this either. I traded dollars from knowledge every step of the way. You can make an argument of doing it now as an entrepreneur. I could make that argument as well. That’s been a trade I’ve been happy to make every time.”

Segment 3: (Length :10:00) – The bigger picture for Michael; Working from your base skills up; The basics will help you be creative.

Let's go back to when we started Mikey's. The idea was, I looked at the industry, I looked at all of these brands in the states. What you realize is a lot of big box manufacturers are promoting health but not delivering on it.

“There might be a component like “this is a gluten free item”. But if you look at it nutritionally, it’s equivalent to Wonder Bread. It’s not that healthy for you unless you fit into that sliver of the population that is truly celiac.”

“You see so many consumers, I’m sure I’m guilty of it many of times in the past, decide on these marketing campaigns and then get under delivered by the manufacture.”

“I thought there’s got to be a way to provide real health at a competitive price form. That is the pivotal thing. It is really easy. You see a lot of these faux brands, these small start ups generating amazing products way better than anything you’re getting at your traditional grocery store.”

“The Key to making this work was how do we bridge that gap. How do we deliver real health while still delivering a reasonable price for it. That was the key to our starting off on the right track.”

“You need to have a good base of skills and training in whatever your line of work is to be able to productively think and apply creativity.”

You can be creative in a state, and you could get really lucky without knowing a lot about it.

“Especially if you look at the fine dining world. The amount of time you spend on the basics. Peeling carrots, shucking peas, knife work skills before they even let you put anything in a pan is an obscene amount of time when your in the moment. Your like, how long do I have to do this before I can actually cook something? There is so much value in that.”

“As you build these foundational skills, eventually you get to a point where you’re able to do things freely and be creative. It’s fancying the music stage right after you can move your hands on a piano like you move your hands on a keyboard typing, you can start to get creative with the music your playing.”

“It’s the same thing in the entrepreneurial TPG food space. I think that background in food made this transition easy to develop really creative cutting edge, from an actively prospective product that are kind of shaping up the mold of what people traditionally think is baked goods.”

“You said it, fourteen years in this food space is a good amount of time to build a good base. It builds good discipline. I think that is where it comes from.”

“I've learned over the years that freedom is just the other side of discipline.” - Jake Gyllenhaal