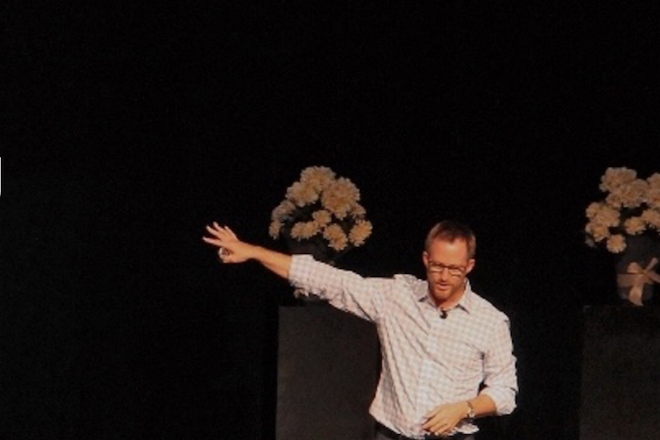 “Most people don’t see this journey from unknown, scrappy experimenting startup, to the next big thing that eventually becomes obvious. Everything that’s big and popular and commonplace, at one point was scrappy and not so obvious, and they get through the journey.”

Segment 1: (Length :04:00) – General Updates; Introduction to Greg Head and his journey as an entrepreneur, a marketer and now consultant; the difference from 10 / 15 years ago to the markets today.

To be honest, I'm a regular guy from Chicago. I came from the front lines, was fortunate enough to start at the very early days of the software business back in the late 80s when I didn't know what I was going to do out of school.

“A buddy of mine said, ‘Hey, work with me at this software store in Chicago while you’re looking for a real job.’ The late 80s were not a great time to find a job, especially if you didn’t know what you want to do.”

“I fell in love with software and selling, and literally ran the retail stores for a company, if you’re old enough you remember EggHead Software, which was the first national retailer of software.”

“I was Greg Head from EggHead, I’ll give you that one.”

“Running a retail store and standing in front of a wall of software and I just fell in love with selling and software, and joined one of those little companies. Literally had ten people, was just launched. Back then it was totally scrappy, this was total misfit land.”

“I kept going from there and hung on as these little growth journeys turned into bigger things. Little startup changed the way the world did things. Now it’s pretty commonplace to start something and think big and change the world. Back then, we didn’t know what the limit was and we just worked hard and figured things out.”

I've been figuring things out for 30 years and I've been fortunate to get in early when I see opportunities that I think will change the world but nobody knows about. It looks very crazy in the beginning, and I'm just a regular guy who's hung on and figured a lot of things out.

“I just love the game of growing companies and I’m addicted to it, and I can’t get away from it.”

“Every year I have to sort out what’s changed in the world, marketing tactics, how things are distributed, digital life is changing and all that, and what hasn’t changed.”

“I will say that generally speaking, in the first couple phases of the software and technology industry, taking us to about ten years ago, there was more opportunities and market opportunities, holes in the market, big gaping ones, and it was harder to build the technology.”

Now, it's easier to make the technology and much more difficult to find an opportunity, know where the market is, know how to find a customer, making a customer ecstatic and keep them. It's a lot trickier to do that. It's harder to build a business now than it is to build a product. It's the opposite.

Segment 2: (Length :08:00) – Talking with Greg Head;Entrepreneurs and their ADD versus OCD; What it takes to scale; Understanding where the company is in their journey.

“It’s just part of the whole game that entrepreneurs play, whether they’re making new software or a cool new technology or a new restaurant or an online magazine and podcast like you’re doing.”

Most people don't see this journey from unknown, scrappy experimenting startup, to the next big thing that eventually becomes obvious. Everything that's big and popular and commonplace, at one point was scrappy and not so obvious, and they get through the journey.

The first thing I want to judge is where are they in their journey? An up and running business that's kind of going, they've got big plans, and it's kind of a newfound thing. First thing I want to distinguish is have they figured out what that thing is and who it's really for? Have they settled down? There's a little focus going on there in the first phase.

“When you start a business, you’re out there running around testing and trying and see if that person will respond to that message, and that product will solve that problem.”

“That’s the ADD phase, right? Meaning, we’re running around trying a bunch of stuff as fast as we can. Lean startup says, “Go try it,” and don’t kid yourself that you’re further along than you are. Even in my own business right now, I’m trying a whole bunch of stuff and seeing a lot of things, and I haven’t really focused it yet, I’m kind of in that journey.”

“The thing that entrepreneurs don’t see is there’s … It’s either un-intuitive, ironic, or their brains don’t want to do it, is that as you grow and scale, the outside world wants a simpler story that’s really focused and it wants the best thing for them, which means it’s really tightly focused.”

“Entrepreneurs, we love to do a bunch of things, and do all these tactics, and play with different tools, or talk to a bunch of people. We’re in the firefight growing our business, we want to sell everything to everybody but that’s not what grows a business. It’s kind of a trap for entrepreneurs, is to stay in ADD mode.”

As opposed to widening out, the growth game is about finding a focus, tightening the screws, narrowing it down, saying no to a lot more people. That means your message will get heard and you can execute a lot better, which is what the world really wants.

“Seeing all of these, like the crazy ideas before they’re growing up, not everything makes it and grows up. They tried a whole bunch of stuff and it didn’t work. It takes longer than anybody will think, at least you got to know that the game is to find something that gets enough messaging traction that people hear it, and enough customer traction that they say, ‘This is awesome.'”

“There’s a product market marketing fit that has to happen and that’s a tricky phase. That’s actually the biggest thwart that entrepreneurs have to face and you can’t delegate that to the marketing department or a sales guy that’s going to say yes to everything.”

“Most marketers can’t keep up with it to be honest. When you’re creating a business as a CEO and entrepreneur you’ve got to live every day in tactical reality to make revenues and payroll and all the rest of that stuff. It’s just so confusing to keep up with the technologies and the media.”

“As a result, marketers, and especially entrepreneurs who have other things to do, are very confused about the marketing game. I’ll say I’m fortunate to have grown up and seen marketing happen in a couple different eras, the pre-internet, physical reality era, the post-digital era.”

“Most entrepreneurs and many marketers are pretty confused about the levers they need, the strategic side of it, the stuff underneath all the tactics and how to move those around because of the explosion in tactics and media.”

“Schools and students are way behind, even though their kids are digital natives these days, schools don’t know how to talk about it. On the other side business people, entrepreneurs, people who start companies don’t know kind of what marketing is other than it’s email and tweeting and I don’t know, let’s do an advertisement or something like that, right?”

“They don’t see the in between. There’s kind of an impasse that you just eluded to between CEO’s who are running real companies, and making payroll, and selling, and solving all the dang problems. That’s a little cause for the ADD, right?”

Fear again is a huge sort of fog that can trap you, but oftentimes it doesn't really exist. It's freeing yourself from that conditioning that you've learned and instead allowing yourself to adopt an attitude of growth, and an attitude that you can overcome fear.

“Marketers think entrepreneurs are ADD crazy and entrepreneurs think marketers, how you just described them, not solving the real problem, right? Just want more money for branding and media that’s not going to help them make payroll. It’s kind of stuck, so I like to be in the middle of that and help educate entrepreneurs on the strategic marketing moves they need to make that’ll make all their tactical stuff work better.”

“The thing that most entrepreneurs who start small and get momentum going and grow their companies up, the first lesson that they learn is that they can’t do it all, and that growing their company they have to grow themselves.”

“Leading a company is an exercise in delegating and breaking up pieces of the company that other people can take that you don’t have to do. Delegating is part of that. Unfortunately in the marketing game, like the strategic side, “Hey, we need to do social media,” like you just described. Well, that depends on your audience, who is your audience specifically? Those questions get lost in the game.”

“Who is your audience and what is your thing for that audience? Are the very strategic questions, it’s where the business meets marketing and sales, like the revenue generation side. CEO’s and entrepreneurs can’t delegate that stuff. It’s painful when I see product oriented entrepreneurs creating stuff and then they say, “Now I need to hire a marketer so I can get me some leads,” and they don’t really dive into the strategic questions where they actually need to focus the business so that marketing will work better.”

There's a certain simplicity to focus. We look at Airbnb today, right? You go on the website, you find someplace you want to stay and you go there. Or like Uber, it's just an app and a click, and we don't even spend any brain cycles on it. Getting to simple, like a story that people hear and spread and it works and everything, is actually quite hard and it's never totally figured out so that's another myth.

“I’ve been part of bigger companies and billion dollar companies that I’ve acquired, everybody’s always figuring out, big companies have the same frustrating challenges of focus that little companies do.”

“If you look at anything that is scaled up, McDonald’s, Amazon, Evernote, just look around, Starbucks. The center of the thing is pretty simple and doesn’t move very much, very slowly, because everything around it is pretty darn complicated. You just can’t keep moving the center of it. That’s when the company is really frustrated with CEO’s who keep changing their mind and, ‘Today the product is this.'”

The first rule of the game is to know what game you are playing. - Greg Head