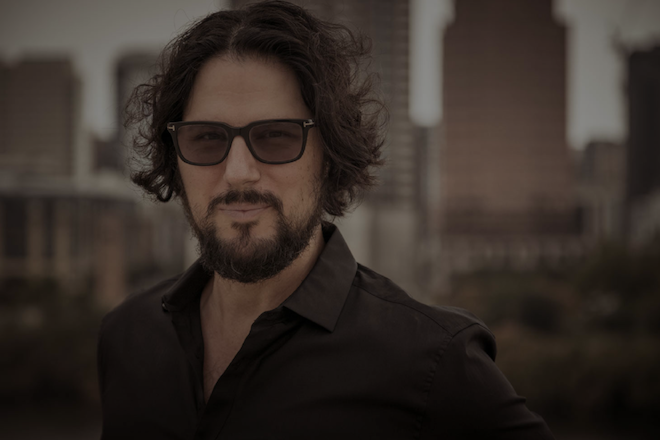 “Fear again is a huge sort of fog that can trap you, but oftentimes it doesn’t really exist. It’s freeing yourself from that conditioning that you’ve learned and instead allowing yourself to adopt an attitude of growth, and an attitude that you can overcome fear.”

Jonas Koffler – Creative Media Consultant, Producer, Co-Author of HUSTLE; Defining the word hustle; the 3 unseen laws of hustle; Creating produces expansiveness; Do something that moves you.

Segment 1: (Length :04:00) – General Updates; Introduction to Jonas Koffler and his journey as an entrepreneur, a film producer, a founder and splitting his time between the East and West Coast.

Entrepreneurially, creatively, spiritually, intellectually and otherwise. I think that thing that has driven me is always a passion for curiosity, but also trying to understand people and understand that the frame or the context in which we live.

“What I tend to lead with is learning first and foremost, and keeping and open mind, and an open heart, and welcoming opportunities everyday.”

“Coming full circle, it has been very much a study of apprenticeship, working with extraordinarily successful people. Welcoming in a serendipity, and getting quite lucky along the way quite frankly.”

“Who am I to be in the position I’m in. That’s what I have to reflect on. There is that first and foremost, first world reality of having gratitude for the opportunities that I have, and the importance and the responsibility that I need to demonstrate, share with the world and continue to contribute to other peoples lives.”

“That’s lead me to a place where currently, I am based in Austin as you mentioned. I tend to spend my time divided between the East and West coast.”

“On the East coast for publishing and literary stuff, and some start up work on the West coast, my wife and I have some ventures out there. We have two restaurants as well. One of which is called Café Birdy, that opened and made the top 10 list in L.A. this fall, if anyone hasn’t been there I recommend going it’s a terrific place.”

“I also have an International feature film that I’ve been shepherding the last few years which is now in very early pre production, and I’m working with a fantastic director, out of Canada, whose name I will not state at the moment due to confidentiality. It’s a big, hopefully $30 million film, and something that is near and dear to my heart around social inequality, and valuing human life.”

in addition, I have a consultancy which is called Influence Works based in Austin and primarily focused on intellectual property development for start ups and entrepreneurs, and orgs as well.

“Beyond that, I have a film production company called Koffler Pictures. We’re currently knee deep halfway through production, principle photography on a documentary called, Born With It, which my brother is directing, writing and producing essentially, and I’m kind of riding shot gun as a producer, and that is on Cedric Burnside, the Grammy nominated Blues man who’s out of Mississippi hill country'”

“Which is really about kind of the place the spiritual blues man as a torch bearer of this incredible American tradition of music and soul. It’s really interesting meditative piece. That will be out hopefully in the festival circuit in 2018 I believe.'”

I get to work with phenomenal people, like my co authors, Neil and Patrick. Immersed in advising other startups as well. It's never dull moment and again it, just keeps getting better and better.

Segment 2: (Length :08:00) – Talking with Jonas Koffler; Time blocking and utilizing time in the most efficient way possible; On what the word HUSTLE means to him.

If you are someone who is involved in multiple projects, not just one, which is me, which is most entrepreneurs wearing multiple hats, and most people do for that matter, then that's the reality of the world today. It's complex and messy at times.

“You have to learn to compartmentalize. That means you have to take some kind of ownership over your calendar, and that is a ritual, it’s a practice and it requires you to be very focused in a very regular way, on creating space for the different facets of your life.”

“From the One Thing and other books (by Gary Keller), when he hired me he said, ‘You know this is your MBA Jonas, I know you’re an unconventional maverick like me, and this is the way to move forward’, and one of the skill sets I picked up was understanding how to harness the power of time blocking.”

If you make time blocking a regular practice it only allows expansiveness. It's not to say you're busy all the time, on the contrary, you're leaving white space to navigate that creative, or restorative need for your to explore other things. I have that as well.

On What HUSTLE means:

“I think the elephant in the room is yes, it’s ubiquitous. Right now, and that’s not accidental. Especially among kind of creative, dreamers, and doers, and folks who are driven to make some kind of change, and impose their will on the world, hopefully in positive ways.”

“What we were doing, Patrick and I and Neil specifically, was mining the innovation and value landscape. We were trying to do effective social listening; sort of cultural anthropologists if you will in order to grasp the undercurrent around this sense of ambition, and human potential in the 21st century.”

We're mapping how people are expressing, themselves and reflecting their own sense of agency and urgency in this, dynamic creative entrepreneurial economy.

“What did that mean? We were looking and listening for cues, that would lead us to this deeper thesis around a word or hopefully a terminology, a lexicon if you will to kind of frame this experience that we’re all sharing in right now.”

“Distinctly I remember meeting Patrick during South by Southwest in I think 2013. He and Brent had just done the Lean Entrepreneur and had been very successful with that book. It hit the New York Times bestseller list, among others, and we started thinking about a a collaboration. I said give me some time, let’s think thought his, we were listening and the word that kept popping up everywhere was hustle.”

“Since we heard it everywhere we thought we might dig deeper into the meaning. Me with a linguistic background, and both Patrick and Neil, kind of put their intellectual spin, it was like, what do words. Words convey power, right?”

The root, the etymology of hustle is this hutsilin, a term that is derived from the old middle Dutch and it means to shake. That's really interesting as a premise, to shake things up. To shake our worlds up, to shake our lives up.

“Let’s use that as a theme, hustle as code for shaking up the world on our own terms, right? We do this in a number of ways, and we’ll dig a little more deeply into this, but we redefined it and the term for us, was decisive movement toward a goal. However indirect, will impact that. It’s not about a to b, it’s what happen in between.”

Decisive movement toward a goal, so we're still pushing towards something, however indirect by which the motion itself manufactures luck, surfaces hidden opportunities and then charges our lives with more money, meaning and momentum.

“There are different facets of that, but that was the most concrete and sort of deep definition that we could generate, that’s how we framed the word and what it means to us.”

Segment 3: (Length :10:00) – 3 unseen laws of hustle; Do something that moves you; Creating allows expansiveness

“We framed the three unseen laws of hustle, and the very first is the most important and that is all about movement.”

“If hustle is an energetic term, it mean vibrancy or it can mean not standing still. In other words, it means you have to move. The problem however and the challenge is that we have this incredible crushing unbearable weight, and it’s often due to conditioning that we’ve received.”

There's generally societal pressure, it could be a parental pressure, peer pressure and that prevents us from taking risk, so it becomes a huge hindrance on us, and what we need to do is try to move beyond it.

“How do we begin navigating around it, and expanding our boundaries and getting more comfortable taking risks and doing things. It is first coming to terms with the idea that, perfection is actually the worst thing that could happen to you. WE don’t want to lead or drive ourselves into perfection. It’s a trap, and it’s quite insidious.”

“Instead we follow the first unseen law of hustle, and that is do something that moves you. It doesn’t mean you have to have the perfect destination in mind. You may not have the perfect idea, or perhaps you haven’t spent much time thinking about where do you want to move, that’s okay.”

“Doing something, putting yourself in motion is going to energize you in some way, it’s going to instill you with a sense of confidence and that self confidence alone by the way, is one of the most fundamental important factors or contributors to your well being and happiness in life. You’ve got to put yourself in motion, and give yourself the capacity to make some change or to try new things.”

“The simplest thing to do is to not overthink it, but it’s just to simply do. Do first, and then question or analyze later, but don’t start with the analytical, ‘how do I do this perfectly?’ Instead how do I allow myself to make the mistakes and make a mess of my life to some degree in small ways so that I can move forward?”

“That’s the big question. It feels counter intuitive and heavy, but that’s the way to wrap your head around it, and by putting yourself in motion in small ways everyday (we call it the 10 minute rule in our book), you’re allowing yourself that expansiveness, that quest, that search for growth, so that you can try new things, and you can find out ultimately who you really are and what you’re capable of.”

Fear again is a huge sort of fog that can trap you, but oftentimes it doesn't really exist. It's freeing yourself from that conditioning that you've learned and instead allowing yourself to adopt an attitude of growth, and an attitude that you can overcome fear.

“I call it the ‘anthapagetic’ moment. It’s that moment you overcome your fear of death and can therefore accomplish anything. If you have nothing to loose, then you have no reason not to move forward, that’s it. That’ the choice you make everyday. I mean certainly that’s led me and I came near death at least once in the stroke and I’ve had couple of other encounters. That comes through experience, so allow yourself the space to navigate.”

Often times in order to capture your dreams, it will require you to chase your fears. - Neil Patel