Ep. 88 – Brian Pontarelli – Value and Perception in the Market 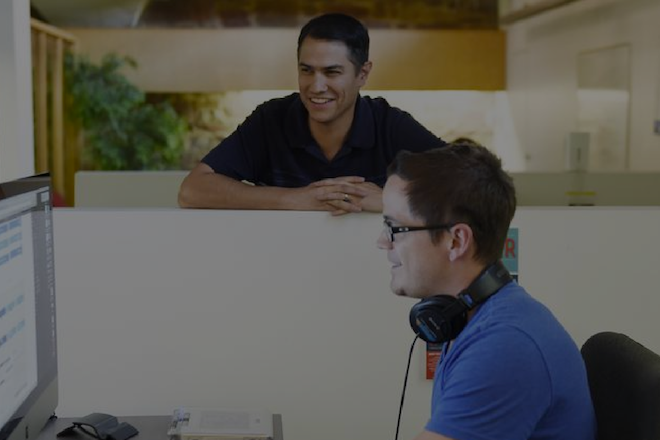 Segment 1: (Length :04:00) – General Updates; Introduction to Brian Pontarelli and his journey as an entrepreneur; Understanding the market’s perception; Understanding value.

It's like really been a learning curve and getting to really understand a little bit more about how the world and the market and businesses work.

“I said, “Okay marketing team, let’s take your budget, let’s take everything and let’s try to throw it behind this new product Passport, and we’re going to tell everyone that we’re trying to revolutionize identity management and user logins and all that security stuff, and sales team, let’s put your full weight and go sell CleanSpeak.”

“Find the customers that are having this pain point with filtering profanity and scrubbing data and really managing user communities and go forth and find them and let’s make some cool sales.”

“We grounded that out for the whole year and we learned a lot. We actually learned that there’s this huge chasm, in our case, between what people think about CleanSpeak and what the market actually will buy.”

I think we came to this realization that every time I would go in and I would sit down and I would talk to somebody, I'd say like, 'Hey, we have this really cool product called CleanSpeak and here's what it does. It does profanity filtering, it looks for bullies and predators and then it really just keeps the internet clean.'

“Everyone’s like, ‘Wow, that is solving such a huge need.’ I’m like, ‘Awesome. Do you want to buy it?’ They’re like, ‘No. I have no need for that and even if I did, I probably wouldn’t spend money on it.'”

“I’m like, ‘Awesome. Thanks. Well, we have this other product that we kind of, you know, we’re trying to get out there. It’s called Passport. It does like, you know, login, registration,’ and every single time they’re like, ‘Oh my God, I can use that on a project right now.'”

“We really started to tune the new direction for this year, based on that.”

Segment 2: (Length :08:00) – Talking with Brian Pontarelli; Adapting to the market; Knowing how and when to pivot.

“We realized that we’ve created a product that really solves a very specific issue. You have an employee that writes something horrible on a pizza box or puts a really racist slur on a coffee cup or whatever it might be, or writes it into a forum or on a game, that’s a need and those things blow up in people’s faces and PR disasters occur.”

“Those people aren’t necessarily the easiest people to find in an organization, and they usually, when something blows up, they come to us. They do Google searches or they ask around and eventually they find us, so it’s like, it’s all inbound.”

“You really, to manage that, it’s like you really had to figure out how people are going to find you, like where they live, how they’re looking for things and then really sort of field the personas and understand your customer, right, and they’re buying habits.”

We actually know that this solves a problem because we have these companies that come to us after this PR disaster and they buy it, right, so sure, we could go spend a bunch of money and build that thing and maybe get some more customers and maybe expand a market place but we've already sort of solved that problem. Now it's just a matter of figuring out how to get them to come to us.

“So there’s kind of like two aspects to that, sort of pivoting to a new set of customers or pivoting the customers to see value in this product. There’s two ways to definitely look at that and sort of follow the customer; pivot to your customer and then also pivot your thinking about how the customer’s going to buy different technology solutions.”

“You can engineer perception. You can also, you know, look at what people are saying and how they are thinking about what you might be building, and those are great ways to sort of get your product out to market and make a little bit of, you know, wins, as well as make some sales, and get it going.”

“That only lasts you until you sort of hit that threshold where perception and value either are aligned or they’re not.”

“There’s two components to the idea adoption. There’s the idea adoption from sort of that traditional bell curve. when you’re already trending up, you have market perceptions dialed in. You’re sort of now trying to figure out long term market value and you’re starting to make really consistent sales, and you’re getting scalable and predictable, that’s when you really know.”

“That’s the adoption scale has tipped and you’re going from early adopters to sort of these more main stream adopters, and once you tip, now you’re, for the most part, everyone’s off to the races. That’s the hockey stick.”

“Then, there’s sort of like the internal adoption, within your employees or within your investors, or whatever that looks like, and that’s sort of a sliding scale where, you know, you go from these extremes.”

You can develop a product, you can throw a couple of features in that you think are going to work and you can sort of get it out there and see but once the customers start actually writing you checks, and then asking for things, no matter how insane they are, once you get enough momentum and enough people asking for that same sort of insane thing, and it could be for a fairly decent size pivot and product features or something, that's where you have to have it, right.

“The customer’s perception is your reality.” - Kate Zabriskie