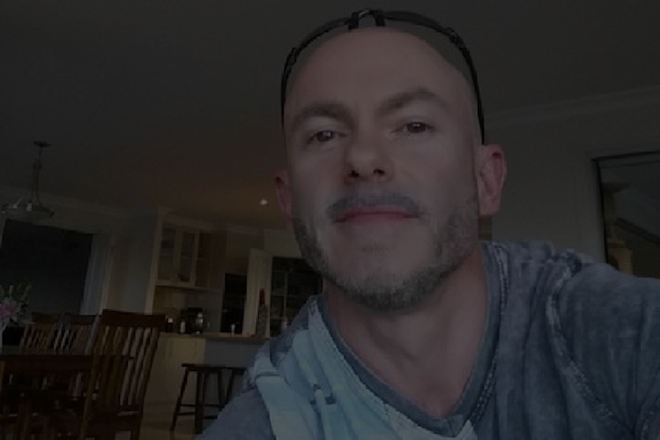 “What does that mean in the real world? If you want to become successful at anything, and you feel fear or doubt or anxiety, your subconscious mind is inhibiting you from moving forward.“

Segment 1: (Length :04:00) – General Updates; Introduction to Mark Iron and his journey as an entrepreneur; Dealing with anxiety; Understanding how the subconscious works

With the anxiety, it's just a constant struggle day to day, and you don't even realize where it's coming from.

“You want to stay home most of the time, and everything’s a distraction, so you can’t stay focused. It’s procrastination. It’s just an awful place to live. If anybody that has anxiety would understand where I’m coming from here, yeah.”

“I was in a great place, didn’t have anxiety at all, had confidence. I was moving forward, building that company up really nicely, but I was starting to work too hard. I became overweight. I didn’t feel right, and I believe, because my father has cardiomyopathy, and I thought, man, what’s wrong with my heart?”

“It’s just always starting to beat fast, and the economy went down, and I decided that, wow … I just started to losing the plot basically, and everything just became a huge challenge. It just led to a point where my anxiety just took over my life and led to panic attacks, which for anybody that’s experienced them, it sometimes presents like a heart attack.”

It's a pretty hard thing to fight because it's a physiological change in your body, and that's the important distinction to understand because it's all created in your mind. Your mind is so powerful. Your thoughts create this.

“It took me about 10 years to get to a point where I lost the anxiety and was all through becoming fit. Once I lost the idea that my heart wasn’t healthy, I was able to recover. I got to a point about four years ago where I thought that I’d mastered my mind because I beat anxiety. I didn’t have anxiety. The business was building back up, but in hindsight, man, I wasn’t even close to mastering my mind.”

“Back then, I believed, like a lot of people do, that I was in control, but my subconscious mind was.”

“I was doing consulting back then, and I had a high-end client that I wanted to pick up because he was going to pay me a lot of money every single month to just train him to getting fit and lean. To pick this client up, I thought, man, I really want to get this client, so I’m going to get this book on confidence because I didn’t believe that I had the confidence that I needed.”

“After three weeks, I pulled this book apart, and I thought, man, this is it. I’ve really got this down. I’ve got this confidence thing won. The day came, and I went there to meet this guy, and I was still feeling pretty damn good, but when it mattered, my confidence wasn’t there. I stammered. It was an awful experience, and I didn’t get the client clearly.”

That led me to another search for more answers, and I came across one book that changed everything, just one paragraph. It went like this, 'You can read a book on becoming a leader. Someone can show you how to become a leader, but until you learn that at a subconscious level, you won't become a leader.'

What does that mean in the real world? If you want to become successful at anything, and you feel fear or doubt or anxiety, your subconscious mind is inhibiting you from moving forward.

“The subconscious mind doesn’t get a shit about your happiness or your success. It’s impersonal. It’s like a five-year-old kid. To this day, you’re surviving in your life, so its programs are working, and you’re strengthening it through repetition, the way you’re thinking. It forces you to feel these disempowering emotions only to repeat the past, what’s keeping you surviving.”

“What’s an interesting fact is that the Carnegie Institute of Technology analyzed the records of 10,000 people, and they arrived at the conclusion that a massive 85% of success in life, whatever that success is that you want are due to personality factors, the ability to deal with people successfully and their soft skills, and that’s the subconscious mind.”

Soft skills are things like self-confidence, leadership, influencing others and things like that, but the subconscious mind is only part of the picture too. You also need to train your intellectual mind to strengthen up.

“What I’m talking about here is getting to the damn truth, becoming self-aware not just aware.”

“There’s two aspects, the subconscious mind, and you also have to have self-awareness to dig at the truth.”

“What I suggest is the first is being self-aware, and that’s observing your emotions and questioning them.”

Basically, you're just asking questions, and what this does is it causes a distraction in the brain.

“An interesting point is that any negative emotion that you feel has a shelf life of about 90 seconds, so you can stop it dead in your tracks, but if you dwell on it, ruminate on it, or let it build, then you’re in trouble.”

“With memory re-consolidation over the next four to six hours, if you ruminate on it, it becomes ingrained into your subconscious mind, and then it becomes very, very sticky is what they call it and very hard to deal with.”

So there's two points on the fundraising. One is a macro and one is a micro level.

“I’ll give you two examples of memory re-consolidation based on this context. Well, I’ll take you back to school. Let’s just say that you’ve got this best friend, right, and one of your other friends tells you that this best friend said X about you, whatever that is, but it’s not true. It’s a lot bull shit basically, right? You’re pissed off. You’re thinking, man, why did he say this? What led him to say this? This is just crazy.”

“Over the next four to six hours while you ruminate over over it, this liberates a memory of your best friend being your best friend, but now you’re thinking, I don’t like this guy anymore. He’s an ass. This gets re-consolidated to change the belief and the belief updates. The next morning you wake up and you think, ‘I’m going to go to Facebook, unfriend this dude, and screw him forever.’ That’s how memory re-consolidation works.”

Mirror neurons are where what someone else is throwing at us, whatever emotion, we tend to take it on, but when you have self-awareness, you have a choice.

If you correct your mind, the rest of your life will follow.” – Lao Tzu