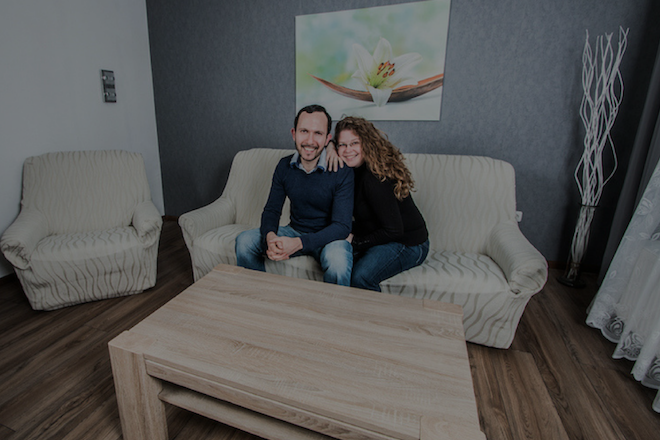 “Discipline is what we had, and we build pretty much everything on that. Discipline makes all the difference in between you taking charge of your own life or letting circumstances dictate your life.“

Something' going to change. We're sick and tired of working for corporate Britain.

“Yeah, we just had to have that conversation. It’s like we started that conversation both really annoyed with where we were, because we have the magazine already. We had our growing platform on Global Automotive Connection. It was running well, but we knew we’d run against a wall if we don’t do more.”

“The only way to do more was to invest more time which meant ultimately ditching our corporate jobs.”

“Yeah, then we literally had the six month plan, sell everything, get as much money in the back as possible. Carmen worked extra hours to get the extra money, and we literally left within six months.”

“We booked the flight and everything. Told our family around the world where we live, in Germany or in France, and, “Look, we’re going to be spending more time with you guys if you’re happy with us to come stay with you,” and just travel along.”

We knew that's what we needed. We needed the networking. We needed to push us out so far we can then grow what we had to do. It was the only way to do it.

“I actually really remember how scared we were because the only chance for us to get out was making it ourselves. We have no family who is backing us. Well, even if they would back us in the way they could it wouldn’t be financially because that’s just not an option for any of our family.”

“Our jobs weren’t allowing us to pile up huge amounts of savings at all, so what we had at the point of leaving, which was the 5th of December in 2014, was literally exactly to the penny six months covering all the outgoings. That’s it. No extras. We had to make it work or go back and for us it was just like there’s no way in hell back. There’s no way in hell.”

I'm actually the youngest investor on CNBC at this moment. I'm also a minority. You don't see a lot of Indian guys on television. I'm also the first Indian American on television as an investor.

“We didn’t need to buy anything else extra but we just thought let’s put away as much money as possible and then we just thought to plan ahead how can we have that money to last.”

“Obviously staying with family did help us out in certain ways, but we still had to have that money to carry us through all the outgoings to run the business, and then it was about the time that we had extra that was spent on hustling as much as possible to bring in new business and opportunities.”

“To save us traveling as well, we did in addition to the extra hours at work as much as we could in the UK, photographing, videographing, meeting with people we needed to meet. Doing anything and everything we could.”

I remember days, well nights I should say, where we literally just slept four hours and that was that.

“We just actually went and did shoots on the weekend. We’d probably do about ten cars. We’ve learned because of a lack of resources if you plan well in advance and you can get five cars in one location, you can probably use that location to do five different shoots and people would think it was in five different locations. We had to get in that mindset of resourcefulness and how much we can use with little time and money to get the maximum out of this.”

Segment 2: (Length :08:00) – Talking with Tony & Carmen Matthews; Bringing different car cultures together; The stories behind the cars and their owners; How they determine interviews.

“Obviously we started with the Global Automotive Connection and the idea behind that was to connect globally through Facebook all the different kind of car cultures. So, if you’re a low rider or super car owner, you can all relate even though you have different tastes.”

A lot of the car guys out there don't have that kind of synergy so we were trying to bring that forward.

“As that grew we were trying to bring more of the lifestyle aspects. We thought, okay, we need to create our own additional publication. It was a dream that we had.”

“The words SuperFly to us sounded just really cool. It’s not automotive and it’s something that can be applied to anything if the brand grows.”

“SuperFly is the coolest of the coolest in the car culture, so we would go out there and find the most unique characters, find their vehicles, tell their story, and we would document that in imagery form or in video as well.”

“The way that we do this is we go to events or we search online, and if for some reason we just have an emotional feeling that we know it’s the right car (we can’t explain it but we know when we go to show and it gravitates). It’s just one of those inner feelings that you have.”

“Then when we would talk to the owner (at the event) and find out instantly yes, we were right, this person’s got a profound story, the vehicle looks amazing.”

The idea is to inspire people. Well if this guy or this girl can do this then hopefully I can do the same, so it's an inspiration on a different level. That's how SuperFly was born

I think we were more true to ourselves than anybody out there.

“As soon as we said in 2006 that we wanted to have an online magazine, people laughed at us. People really laughed at us because if you think about it, 2007 was the first time when Apple Newsstand came out so there was no platform in 2006. There was no point to even trying to say fake it until you make it, because there was just no leg to stand on, but the platforms grew and the economy played in our favor.”

“We have had more expertise by then (2008) because we’ve done it for a good bit. Two years by then already before others (bigger names) started, and we looked at it and we thought, okay, that’s them, not us. We just stuck to our guns. We went our way. We grew the best way we knew. I think it was that discipline, that focus, that gave us the opportunities we are having now because the biggest opportunities for us came only when we hit just about a million on Global Automotive Connection.'”

“When you look at how can you be seen as bigger than the big boys out there, I think the advantages that we had is that we had a really good eye for the quality when it came to design and photography and the type of vehicle.”

“Because our resourcefulness we could photograph maybe 10 vehicles on the weekend, where some would just do like 2 a week because they had huge budgets, along with 5 photographers and they have that flexibility.”

It's just the lack of resources that made us become more attentive to detail and quality and I think this is where it all happened for us.

“For everybody who says, ‘We haven’t got time,’ we usually just smile to ourselves because when it comes to having no time concept, then okay, we think about how we did a regular nine to five plus extra hours. We did Global Automotive Connection for us and we started a marketing business at the same time. There is no such concept as no time.”

“You have to be realistic with yourself in how far can you go with the time you have, which was ultimately the reason why we pushed ourselves out of a 9 to 5 because we hadn’t had the time anymore for what we loved doing. We just had to re-conceptualize, is that a word?'”

We just changed our own perception towards what we wanted and reverse engineered that and how that could look, in very much detail to be honest, and we continued to do that.

“We just understood the sacrifices to actually live a life that we actually enjoy doing something.”

“I think that’s the perception to most people, if you look at your life right I’m pretty sure there’s a lot of things you’re doing which really are not bringing back anything exciting. You step back and have a look at your time-frame, what you’ve got, eliminate those and start working on something that you’re passionate about.”

“It’s going to take time and effort but to know where we are, traveling the world, and meeting these amazing people like we are here today, we would never have this had we never chosen to step up.”

Segment 4: (Length :10:00) – .Fear of not fulfilling their dreams; Breaking from the Status Quo; Having discipline

“It’s fear. The fear of working and then finding we’ve got no pension and then we’re eating beans on toast the rest of our lives. Secondly, it’s the fear of not actually doing what I know we deep inside want to do, you’ve got the sense of passion and you feel it.”

“You feel restriction by having to work 9 to 5 in lack of money and you’ve only got the weekend, that kind of sucks.”

For us it's like this 2-way street. We cannot live in this fear of not creating what we're meant to be here to do, and then having the fear of not having anything where we can retire and being stuck in this status quo area which just sucks. It's not for us.

“Not doing what we’re here to do. You go to work every single day, I know I do and I’m pretty sure Carmen’s the same, where you’re just bored out of your mind. You’re just not fulfilling what you’re meant to do.”

“I think sometimes you get desensitized to actually what you’re meant to do and so people just live in that state all the time because obviously they don’t want to leave the job. It is scary but for us it was just so clear that we had to jump. We had to make that leap to get out of that sort of situation.”

“Honestly. Working 9 to 5 you’re only comfortable in it because it gives you the pretend confidence that you know what you’re doing.”

Discipline is what we had, and we build pretty much everything on that. Discipline makes all the difference in between you taking charge of your own life or letting circumstances dictate your life.

You have to mentally prepare yourself to fail forward, work more hours than your regular 9 to 5 job and be prepared that it will take time to gain momentum. - Tony & Carmen Matthews