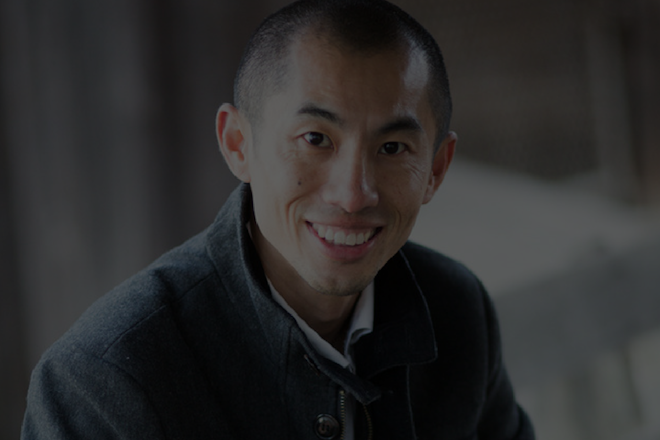 “I knew I also wanted to be an entrepreneur at some point but I didn’t have any business background, so I just felt like working at early stage start ups would be a good way for my to cut my teeth, get some experience, learn from others and hopefully make some money at the same time.“

Segment 1: (Length :04:00) – General Updates; Introduction to Seibo Shen and his journey as an entrepreneur; Getting into entrepreneurship; Using real world experience to learn business and startups; Branching out to do his own thing.

As you can see by my college career and what I was doing straight out of college ... I never saw myself and someone that was going to sit in a cubicle. I just didn't think working a nine to five job was the right thing for my personality type.

“But after doing stunt work and realizing that the actors are the ones that get the majority of the money. The stunt-work people are just, I mean, we have the highest hospital bills and the lowest pay. It was fun to do in college, but as far as a career, I never really looked at it as a career.”

“And the flip-side was being an Ethnic Studies major. I was going to go do some social work as well, but once I started understanding the California real estate prices, it didn’t take a math genius to figure out if I was going to be a teacher or a social worker. Most likely I would never buy property in California. So, I had to become a bit more realistic and pragmatic about what I wanted to do with my life.”

“And at that point a good friend of mine, he was two years older than me. And he was already making over 100 Grand just out of college and I was like “What do you do? And he was like “I’m a software sales guy” and I was like “I don’t remember you being a business major … How’d you get into this?”

And he just basically said 'Hey, if you're a outgoing guy and you're smart and you can pick things up, you could be a sales guy'. So that's how I got my career started in high-tech sales.

“I had never had any sales jobs before. I basically begged for my first sales job, which was a commission only sales job, but within the first six months I was their number one rep.”

“I knew I also wanted to be an entrepreneur at some point but I didn’t have any business background, so I just felt like working at early stage start ups would be a good way for my to cut my teeth, get some experience, learn from others and hopefully make some money at the same time.”

And fortunately for me it was exactly how I had envisioned it. Where I was working with a lot of people that were exponentially smarter than me. That had no hesitation sharing their knowledge with me, and I really just kind of used my early career kind of like a business school.

“What are the drivers that … grow and scale a company. What are the things that make one company have a IPO and another company fail. These are all things I assumed I would have learned in business school, but luckily for me I was able to learn about them first hand by watching a lot of seasoned tech leaders do their thing.”

“And after the fourth successful exit I had enough confidence, that I’ve seen this pattern enough, that I was ready to go jump and do my own thing.”

“And my own thing, my main hobby up until that point, what I did when I got off of work was research vaporizers and figure out which one I wanted to buy.”

And so, ultimately jumping into the cannabis space to build vaporizers was more of a no brainer for me. And when we started conceptualizing in 2010, the idea of a legal cannabis market, that was still a pipe-dream, no pun intended, for myself and pretty much everybody else.

“I just thought that, all right, I could build this device, it’ll be exactly the type of vaporizer I want to use for myself. And if I could sell some to cover the cost that would be great. That was kind of just the early parts, but that was kind of the path for me to get to VapeXhale.”

“And while I was working at Yammer. A lot of what Yammer’s value proposition was having this really fast internal communication tool, where you could leverage your companies employees to crowd source answers or whatever dilemma that the company was trying to solve. So, for me it just made perfect sense that I had some idea based on my own experience taking apart vaporizers, but why not leverage the internet to fill those knowledge gaps?”

“And one thing that I really saw at Yammer was that when you asked a question, if someone knew the answer, they would be very willing to share their knowledge. Almost to the point where you’re like, okay I’ve had enough. People just want to kind of be that person”

“So, when I started this thread, I wasn’t too sure what the feedback I was going to get was, but as you can imagine over a million hits in the first year. It was just basically every brainiac that had something to say about vaporizers, contributed to that thread.”

And it was my job to sift through a bunch of crap and look for the gold, and then take that information to a mechanical and electrical engineer that could take these concepts, build a prototype and then get us to the market.

“Yeah … Early on, there was a lot more, kind of like, opposition towards the things that I was saying. Especially in regards to cannabis.”

“I mean, a lot of vaporizer companies usede the tag line ‘For Tobacco’ or ‘Herbal Use Only. We were one of the companies, I think maybe even the first company to say ‘No, this device is for cannabis.’ … If you’re in a non-medical state, you can put whatever herbs you want in there, but this device is for legal medicinal use. And I think that’s something that our customers really appreciated.”

“One of the great things about creating this device is, not only does if feed my family, but every time someone opens the box or finally uses the device, I always get a text message or an e-mail about how happy it made them, or how it improved their day.”

Generating revenue is great, but affecting social change and allowing people to consume something that they're already consuming in a safer way and with less social stigma. Those are the more over-arching things that we're trying to accomplish with our company, outside of just selling a ton of vaporizers.

We've actually leveraged a lot of subject matter experts and a lot of people with street credibility to promote our product on their social media channels.

“We don’t have that internal marketing resource internally at our company. And I know that might sound crazy. And it is a bit crazy to be honest. But, since we were kind of that people’s vaporizer that was designed by the people, we’ve been a company that has been very fortunate in that our organic growth, just based on word of mouth, has been able to sustain our business and grow it at a rate that would be congruent with a lot of companies that are spending a lot on marketing.”

“And if you look at some of the more mainstream cannabis brands out there right now, almost across the board, if there was a gardener magic quadrant it would probably be the lowest quality product. And I’m not going to name any names, but I think people can figure it out themselves.”

That was very alarming to me because that proved to me that right now branding is more important than actual product quality. The great news is our product quality, based on user reviews, and the competitions that we won, are top notch.

“So all we need to do is … Make some adjustments to our branding to make sure that it is more palatable and digestible for this new growing segment, the cannabis curious … Which is basically like the soccer moms or the white collar professionals that are now okay with cannabis because they saw Sanjay Gupta on CNN.”

“That is the faster growing segment. So, a lot of what were going to be doing in the future is much more geared towards that.”

“The next phase is, let’s make it look like a Ferrari and perform like a Ferrari. A lot of our competitors have Ferrari looking devices that perform like Yugo’s. So how do we bridge that gap between aesthetics and performance? And that’s kind of been … Our ideology and methodology too. Not just our designs but a little bit on our branding as well.”

“How do we market to what we believe will be the bigger market tomorrow without alienating the market today. And we have and not figured that out yet. But luckily, like I said, through word of mouth and our gorilla marketing, our business has been able to sustain.”

“But we know for it to scale and have a successful exit, we need to be much more disciplined with our marketing, with our messaging and with our branding. But because this industry is so fluid right now … we’re spending most of our time finding the right talent, as opposed to just implementing a marketing program.”

Just being the best version of yourself, and understanding where you're strong at and where your weaknesses are. And really fill those weaknesses with other people. I found that to be most affective for me.

“And … As the company evolves and I evolve and the product evolves. Being true to myself, being true to that vision of what we wanted to do. These are all things that I believe has helped, because when I was emulating others I was trying to, I think, think in their framework. And their framework might have been for Data.com or Successfactors, but that framework is not the right framework for VapeXhale.”

Without change there is no innovation, creativity, or incentive for improvement. Those who initiate change will have a better opportunity to manage the change that is inevitable.” - William Pollard