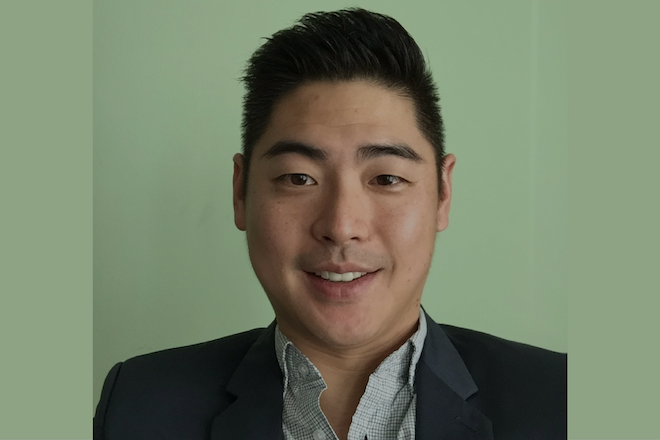 “It just goes back to the underlying theme that we’ve been talking about, which is having that belief, knowing that you’ve got something, or you have something that you want to share, and believing that you can make it happen.“

Young Chang – President of A-SHA Foods USA; From Corporate to Entrepreneur; Customizing your product to fit the market; Hustle DNA; Dealing with doubt

Segment 1: (Length :04:00) – General Updates; Introduction to Young Chang and his journey as an entrepreneur; Understanding his own background; Transitioning from corporate to entrepreneurship.

. I followed the path, followed the safe road, went to school. Obviously, at the time, when I went to school, internet was just coming up. That was something that I got into. I got into computer science early on, and that was the path that moved me forward. Even at my very first jobs, when I was a coder, a computer programmer and writing applications and doing other kind of financial systems for these big businesses, something didn't really sit right with me.

“Yeah. I think my story’s probably pretty common with a lot of folks maybe in their undergrads or in their graduate studies, or even entry-level folks that are just getting into the corporate world, starting their career, so to speak.”

“I started looking for opportunities at work to diversify the things that I was doing at work, just to break away from all the monotony that I was stuck in doing. I think what I was constantly faced with was there were opportunities, but there was never really that chance to make that big leap.”

“For example, if I was an IT person, it would be very difficult for me to walk into the marketing department and say, ‘I’d like a shot to do something in the marketing world.’ Around that time, that was when I made the decision to go back to school. I went back to school, got my MBA, and that’s really where I switched my focus, as far as my studies.”

“I went from a very hard science into more of a corporate finance and also marketing world.”

Through that path of going back to school, getting an awesome education at USC, I was able to prove to my employer that I could do something other than what I was doing at my daily job.

“For myself, that was the first step moving away from IT, getting more into a management oversight role. I think that’s when I started breaking away from what I was trying to do. As I kept going on and on and doing more management stuff and getting more visibility at the executive level, seeing how businesses were running, I really had a desire to do my own thing and try my own way.”

“Maybe a lot of folks at the director, VP level feel that way today, which is you’re getting to that point where you know quite a lot about how the business runs, and you also have your own ideas about how business runs, but the bottom line is when you’re working for a big corporation, like a Fortune 500 or Fortune 100, very difficult to put your own stamp and put your own mark on what you’re trying to, because there is that corporate structure.'”

I would say about 4 or 5 years after I got my MBA, that was when I really started getting that urge and that burning desire to really break away and start doing my own thing.

“I found myself not paying as much attention at work, and my mind started drifting a lot, thinking in my head that I wanted to do things my way. I think, for myself, that’s really when I decided, in my heart, that I wanted to make that move.”

“Really, I guess the lesson here is that if you’re not ready to play by those rules of corporate, maybe it’s not for you, and maybe it’s something that you need to get out of.”

“But there’s something to be said for folks that are corporate lifers. They can make a very good living, live their life perfectly content and happy, playing within the boundaries of the corporate world.”

“Our company is A-Sha Foods USA. We have a web address, ashadrynoodle.com. That’s our US base web address. We’re a ramen company.”

“Everyone loves ramen noodles. Ramen noodles are widely popular with college kids. In fact, there was a report that some of you guys probably would have seen that within the jail system in the United States, ramen noodles are actually now the most highly-coveted and highly-traded commodity within the prison system, displacing cigarettes. It just goes to show you how embedded ramen noodles have become part of American culture.”

We're a Taiwanese ramen noddle company, and the main differentiator for us is that our ramen noodles are healthy.

“What I mean by that is the average ramen noodle that you get on the shelf, the Shin Ramyun, the NISSIN, Cup Noodles, things like that, those are all oil fried, deep fried. They’re ready to eat. They’re already cooked food, heavily processed, full of MSG, a lot of preservatives.”

“They taste awesome. I admit I was a fan for many years, of the ramen noodles that you submerge in hot water, and you can eat it within 3 minutes. What makes our noodle a little bit different is that our noodles are air dried. We don’t add all the oil. We don’t deep fry our noodle, and our sauce contains no MSG, and no added preservatives as well. We’re trying to play in the healthy market.”

“Our noodle is native to Taiwan. It’s a very localized, very culturally-heavy product, and one of the big challenges that we had to do was to take this very Asian product and bring it over to North America and integrate it into the American mainstream and make it acceptable.”

“For the most part, probably 80%, 90% of the people, when they think of ramen noodle, they’re thinking of the Cup Noodle and the fried stuff. We’re trying to get away from that because we love ramen noodles. We love the fact that it tastes awesome, and it’s very easy to make. What we don’t like is the health aspect, that the majority of the ramen noodles on the market are not healthy to eat. If you eat them long term, they’re going to cause a lot of long term issues for, health-wise.”

What we offer is a healthier alternative for ramen noodle. That's why we formed A-Sha Foods USA, which is a local-based, Los Angeles-based, company selling a Taiwanese-made product but bringing it over, localizing it for the US and Canadian market, making it more of a mainstream product.

“Obviously, the first one was making everything in English on the packaging so that people could actually read the product and actually know what it was. Beyond that, we had to do a lot of changes to the package design.”

People around the world are all culturally diverse and different, and I think that's why people love traveling. They love seeing things around the world because you go somewhere that's totally different from what you're used to. Our product was exactly that, but the problem was that we're trying to bring something that was totally foreign to this market that people didn't know about.

“We had to do things to that product, just very superficially, on the looks of it, to make it look more like a US-based product.”

“Then you talk about the land mass. We all know the United States is huge, and then you add in Canada. Just sheer geographically, it’s a huge place. Things that are happening in New York probably take months and months before it actually gets over to the West Coast.”

“For us to penetrate the market fully, it’s not going to happen overnight. It’s going to be a process, a gradual process, but because we’re based in LA, one of our advantages is that folks on the West Coast have more exposure to Asian products and Asian culture by nature because, geographically, the only thing separating us from Asia is the Pacific coast.”

Mind you, coming into this, I have 0 experience in food. It's a totally different beast, when you're used to 9 to 5, coming into a set office.

“Going back to the easy term, of course nothing’s easy, because if it was easy, then everyone would be doing it, but that’s why there’s certain people … and I really do believe it’s in the DNA. You have that hustle DNA. You just want to get after it.”

“There’s certain people that just don’t care. ‘I don’t care if it’s midnight. I don’t care if it’s 6:00 in the morning. Because I need to get it done, I’m willing to put it on the line and just go for it because I have that belief in it.’ For me, it was like day and night, going from one to the other.”

I deliberated on this thing for 2 years because I just didn't know if it was the right thing to do. Of course, doubt is always there. Doubt is the biggest thing, I think, that holds people back, and the biggest doubter, most of the time, is yourself.

“Most of the time, whenever you have issues, yeah, people are going to doubt you. A lot of times, we are our own worst enemy because that doubt that we have in our gut, in our heart that comes out, that’s something that a lot of times we cannot overcome.”

“For myself, personally, I’ve been at this for only about 8 months now, but the first day that I left corporate, I was scared. That was probably one of the scariest days of my life because, like I said, when you’re in corporate, you have a set routine.”

“You know where you need to be. In many ways, your schedule is pretty much set. Everyone has an Outlook calendar, and you can see right there, that’s my day. That’s my week. That’s my month. But when that just gets totally wiped out, I can’t even log back into my system to look at the calendar. I’m out. From that moment on, it’s yourself. Everything is on you, and you make that move.”

“When you have something set and you’re stable and you’re steady and you have another opportunity come up, it’s not like you just jump at it and you go for it. Even if it is the right opportunity, a lot of the times, you’ve got to wait for the right time.”

I think that's the critical moment, that if you miss that timing, if you miss your moment, to get that back and to have another shot at that, is very rare. You have to know when the time is right for you, and then that's the one where you make the choice and you go for it.

“It just goes back to the underlying theme that we’ve been talking about, which is having that belief, knowing that you’ve got something, or you have something that you want to share, and believing that you can make it happen.”

I’m not interested in the status quo, I’m looking to overthrow it. - Niccolo Machiavelli