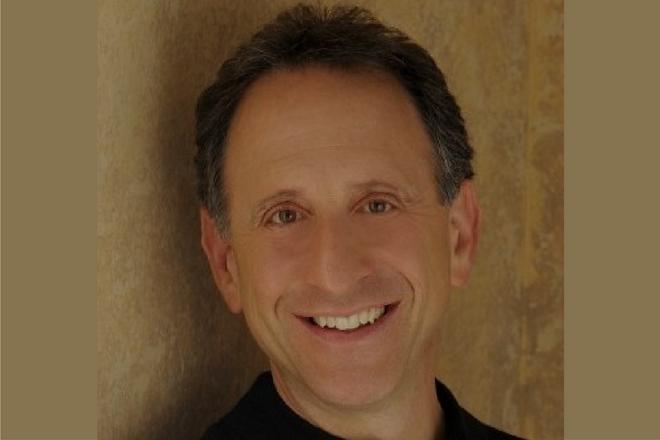 Mark Weinstein – Founder & CEO of MeWe; tackling privacy and the Internet; creating an alternative to Facebook; Being habitually great; the journey.

Segment 1: (Length :04:00) – General Updates; Introduction to Mark Weinstein and his journey as an entrepreneur; being involved with social media since the beginning; wanting to change the social norms on the subject of privacy; creating MeWe as the alternative to Facebook.

It's an honor to be here talking about how to be unstoppable and also about the future of social media and why MeWe is here today.

“It’s great to be here. Listen, we should also just note MeWe is a South by Southwest startup of the year finalist in 2016.”

“We have Sir Tim Berners-Lee, the inventor of the web, as 1 of our esteemed advisors. We have many great advisors, the founder of Conscious Capitalism, great technology advisors.”

“It starts, for me, back in ’98 when we’re all much younger, there’s an opportunity. I’m talking to my 11 year old nephew about what we want to do on the web to stay in touch when we’re traveling around the world.”

You fast forward. Remember, everybody, this is before MySpace, before Facebook. There was actually an era of great social media companies at the turn of the millennium.

“We start engineering in earnest in 2013. We run a very quiet data project under our corporate name, Scruples. In 2016, we announced that we’ve come out of beta. We’re South by Southwest finalist startup of the year. We’re giving people back privacy and control with great technology.”

“The platform is quite robust. Here’s the thing. Facebook is the most popular social media platform in the world. When you look at what does that mean, that means that while there are a lot of 1 trick ponies, what people actually love the most is a platform. They love the opportunity to do several different things on a platform.”

“3 weeks ago WhatsApp announced that they’re tracking everybody. WhatsApp is owned by Facebook. They have finally announced it. I read about this in Europe a year and a half ago because I also write in support of my ideas and vision and what I believe privacy should be.”

MeWe is really next gen revolutionary in terms of what it offers, a great platform, which is what people around the world love. They love a platform most of all with privacy you trust.

“MeWe has secret chat encrypted, end-to-end encryption with no tracking. WhatsApp knows who you’re talking to, when you’re talking to them, where you are when you talk to them. They just don’t know what you’re saying. They feed all that information into the data packet about you. Then it goes into Facebook’s data echo system.”

“Facebook is so big and so ubiquitous, they’re going to be here. We’re not saying we’re taking over Facebook. There is a definite fork in the road. Millennials, Pew Research, this year, says the millennial demographic is most concerned about their online privacy and not being monetized. That’s what we’re about.”

When you start with that premise, as an entrepreneur, which just makes sense, our customers are our members, so we get to serve and take care of them. You build an entirely different company.

“There’s a fork in the road with people around the world becoming aware of the huge issue of privacy matters.”

We see a new way of doing it. Number 1 is that we see large communities moving over to MeWe.

“You don’t own your content at Facebook. MeWe has a Privacy bill of rights right at our homepage. It clearly articulates your rights as a member of MeWe and really your rights in the world to privacy. For Hollywood, for a fan page, where we don’t have an algorithm, or a bot. When you post, your followers see what you post in timeline order.”

“We shouldn’t run an algorithm for a marketing purpose to try and keep you so hyper engaged so that we can serve you ads and content so that we can make money.”

“Our revenue model’s completely different. It’s all about serving our customer. We’re looking at moving large, connected communities of people to MeWe. That’s what our marketing team is focused on.”

Unless you pay Facebook a lot of money to boost and to reach your followers. That's not how MeWe operates. 100% of your content goes to 100% of your people.

“Let’s talk to our audience especially for those that might listen to this who are entrepreneurs. You’ve got to put people around you that support your unstoppability.”

“I really undertook studying greatness myself. I’ve written books about it. I have a book series called Habitually Great. You can find them on Amazon. I don’t claim to know what greatness is for anybody else, but me.”

“Doesn’t matter how hard it is. Doesn’t matter the hardship that you cause for yourself, or your family. If you’re really committed to it, then you must keep going. Your family will understand. They will support you. When you get to the promised land, they will all go, “Ah-ha.” Of course, they’ll tell you they supported you the whole time.”

Listen, being unstoppable is not easy. It's the hardest thing in the world. I'm running a startup company. We run out of money. People get sick. People quit, whatever.

“There are times when you run out of money. You tell your girlfriend, or your wife, “We’re actually going to go to Taco Bell, or whatever you’re going to do. That’s the best you can do right then. You have to have people around you that support you and understand you.”

“My wife slept on the couch in my office while I would work all night. She never complained. That’s how she became my wife. I knew that she counted on me and that she supported me. She didn’t care whether I took her out to dinner that night. She was there for me. She saw that I’m passionate and committed to what I’m doing.”

You know something is wrong when the government declares opening someone else’s mail is a felony but your internet activity is fair game for data collecting. – E.A. Bucchianeri