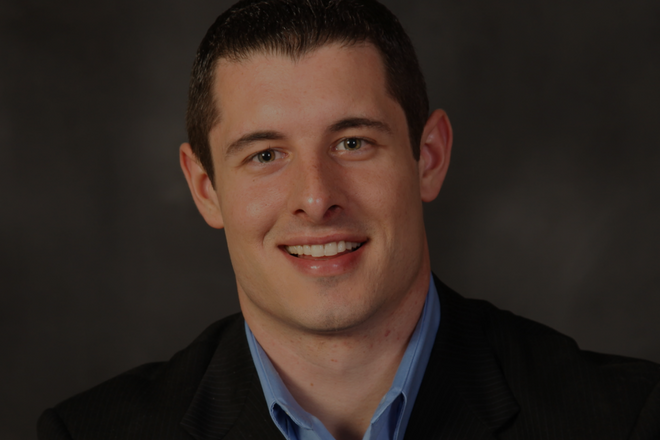 I was inspired to write this book . . . It's my past experiences and really my whole life.

“I’ve read so many books that, it has great information, but I’m so bored while reading it. I think so many people want to read a story that really engages them and excites them, so I, as you mentioned before Matt, I left it all out there in this book.”

I poured my heart and soul into this book.

“I go deep into my story as a former recovering teenage drug addict. I talk about my highs and lows. I talk about my successes of making it to the NFL, and then my life now as a Writer and Speaker full-time.”

“What inspired to write this book was fully just giving up my story out there, wanting to inspire millions and millions of people, and also giving them actionable and practical ideas and strategies that they’ll be able to implement into their own life. To not only overcome adversity, that’s just one part of the equation, but ultimately, turn failure into a gift. To build on those setbacks, those tragedies and triumphs that we all will face throughout the time of our life, and ultimately live your absolute best life by becoming the best version of yourself.”

“There’s very few books that are giving you practical and actionable ideas that you can implement into your own life that’s going to help you really thrive, despite the failure and downtimes that you will experience throughout the course of your life.”

Segment 2: (Length :04:00) – Talking with Matt Mayberry; Simultaneously building on your own dreams while working a job; Changing your perspective makes great impact; Go to work on yourself.

“I think so many people will complain about their job or current lot in life without ever realizing that they don’t have to … That’s not a one way street that they have to go down.”

“They can use that. It might not be where they want to be. They might be going to a job that they hate, but use that experience to really fight for something bigger that you want to come to fruition in the future.”

A lot of people might not know this what I'm about to give out is, after I got hurt in the NFL with the Chicago Bears, I was nearly broke. I wasn't a first round draft pick that was getting $20 million guaranteed. I made a good amount of money in the NFL, but I basically blew it all. I didn't have any money.

“I had to go back into my parent’s house. I started speaking and writing, but I was not making enough money to earn a living, to live on my own doing this.”

“What I had to do when I really fell flat on my face after failing of writing and speaking full-time and making it a full-time business, I had to go get a full-time job.”

I fell hard on my face. I was practically broke. Had to go live in my parent's house at 23, 22 years old, and so here I am. I had to go get a job as a salesman and go to work every single day, while at night from 9 PM to 1 AM in the morning, perfect my craft as a writer and speaker, and just know that bigger times were ahead and coming.

“When I lost my dream as an NFL Linebacker, my world was crushed. I was absolutely depressed. I was angry. I was mad at myself. I was mad at the Chicago Bears for letting me go with an injury settlement. I was mad at my friends. I didn’t talk to anyone, but once I was able to change my perspective, guys, my whole world changed. Just by changing my perspective. Doing something so subtle, so small, really helped with me the building blocks to really create that bigger future.“

“Regardless of what you’re going through, no matter how big your failure may be, or setback, the first thing you should do is change your perspective. Turn on the news. Read the newspaper. Look at all of the people dying in this world. You’ll realize that your situation is not the absolute worst thing going on in the world.”

“If you wake up in the morning, you breathe new life every morning when you get out of bed. That’s a blessing in itself. Learn how to be grateful for what you already have. No matter how tough, difficult that time may be, and your mood, happiness, and really whole life, will begin to change.”

Segment 3: (Length :04:00) – Being realistic about what entrepreneurship is; Dealing with Fear.

“I think so many people have this special picture, they envision what entrepreneurship is. They envision what creating something magnificent does, and I think they look at all high achievers and think, ‘They’re lucky. I wish I could do that.'”

The fact of the matter is that anyone thriving at the top of their game, whether it be you guys, Case and Matt, developing this tremendous podcast. Building unbelievable brands. Whether it's myself, being a writer and speaker. Whatever it is, behind all of that, behind the spotlight, there were years of hard, ridiculous amounts of work. That's just the reality.

“It was never like that for me. I never did it for the money, but even when the money’s in the picture, I was barely making anything for the first three years of my life as a writer and speaker. I had to work day after day, night after night, religiously putting in the work nonstop.”

“Then eventually, I knew that if I continued to do that, persist over and over, and persevere through all the difficult and terrible times that were going to come, I’d eventually get to where I want to go.”

“The same happened as an athlete. Over and over you got to perfect on your craft. You got to go to work. You got to get better, and maybe, just maybe, you might come out on top, but you have to fight and persevere. I think so many people, they want instant gratification without putting in the work.”

“I think a lot of people would draw up this fairy tale life. They want to go out and do some magnificent … Achieve some magnificent goal that they may have, or they think it’s going to be easy, and then once they know how much work they have to put in, not so much.”

One of my favorite quotes is:

In one year from now, we will see who is really working.

“The one thing, I don’t have many fears, but I will say the one thing I’m absolutely terrified of is going to my grave with talents and abilities, and dreams and goals still inside of me.”

When I think of that quote by the legendary Thomas Edison, I’m instantly drawn to what I think about on a daily basis, to make sure that I maximize my potential every single day.”

“After you know the answer to that, start to create an action plan on how that’s going to come about.”

Many of life’s failures are people who did not realize how close they were to success when they gave up. - Thomas Jefferson