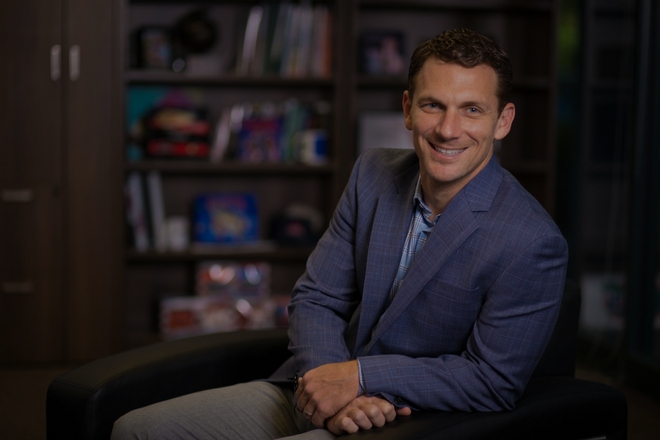 Segment 1: (Length :04:00) – General Updates; Introduction to Scott Sims and his journey as an entrepreneur; Trying out the Internet for business; Creating Victory Tailgate.

Basically right after college, I had a job in the finance industry real briefly, and quickly realized that working for someone else is not my path. I've always been an entrepreneur, even when I was a little kid . . .

“I had a lot of different businesses, some good, some bad.”

“Around 2008, when the economy was doing bad, I was selling online, doing some higher-end products and some high-end sports memorabilia and stuff, and it really started on a downturn.”

“I was looking for new products and noticed that the tailgate industry and the games and people were becoming more and more passionate.'”

I was all in with being an entrepreneur and believing in myself and finding something to success.

“Just trying to get a win out there and gathering data and seeing what a next move could be.”

“I started with one, put it online, sold it, took that money, poured it right back in, and started taking off from there.”

“As we grew and established our product, one of the things is how quick can we differentiate ourselves?”

“There’s a lot of other companies making them (cornhole games), but how do we put that differentiator in there? One of them was licensing.”

“It was really challenging for me because a lot of the licensing is, “What’s your distribution?” To get distribution, they want to know what licenses you have.”

“I think I was fortunate enough to be in a space that didn’t have a Nike or an Under Armour or bigger brands competing, and we were able to put up some really impressive numbers fairly quickly, so that opened a lot of doors for us.”

“I’m an extreme risk taker and push it to every extreme envelope and say, “Okay. Hey, this didn’t work, so let’s stop the spending here. Let’s stop this product. Hey, this is working, so I’m going to try a little more.”

“Being able to be in touch with the end consumer, I think, was my own personal testing ground, and I was able to learn.”

Segment 3: (Length :04:00) – Innovating; Understanding the bigger vision and picture of the company; Learning by trial and error.

“Basically, our main key flagship product was the cornhole game, so that’s grown up at the University of Florida.”

“When I went there in the ’90s, no one really even tailgated. Everybody’d go to bars before, bars after, and then I just started noticing more and more people started tailgating, and then as they’re tailgating, they started playing game.”

“These cornhole games are great because not only does it interact, but it’s basically a billboard for whatever your passion is. It’s a 2-foot-by-4-foot sign.”

“We’re now getting into all sorts of apparel and everything.”

“In the tailgate space, we’re a niche big fish in a little pond. Now we’re hoping we can become a player in a much bigger pond.”

I think sometimes I believe in goals. Like you said, I've got huge goals. We're trying to be on an Amazon-type level.

“We’re trying to do something big, but in between that and the right here in front of your face goals, I try not to make too many of those in between ones because we’re all about constantly being able to pivot.”

“I try not, especially when we’re in just this hyper-growth stage that we’re stepping in, is I don’t want to get people focused on one midterm goal because they might not see another opportunity right in front of them.”

I think if, at the end of the day, you're in it to make profit or to make money, then I don't know if you're really an entrepreneur.

“My passion just lies in the battle. I’m competitive, and I believe. Getting those wins each day and figuring out, starting from nothing and building and continue to build and realizing some of these big picture goals.”

“I talk to a lot of other young entrepreneurs, and I think most of them do have the tendency just to be in startup phase way, way too long. They go around, and they talk to other startup people and join startup clubs and read startup stuff and talk about starting up. Then 3, 4 years go by.”

“Have no other option but to move forward and go forward and just go at it and learn by mistake and learn by trial and error and just continue every day to move one step further, I think, is so important in that early stage, because it does seem overwhelming.”

“I think you just have to keep that positive forward movement, because there’s never a good time. There’s always excuses. You’ve just got to start fighting.”