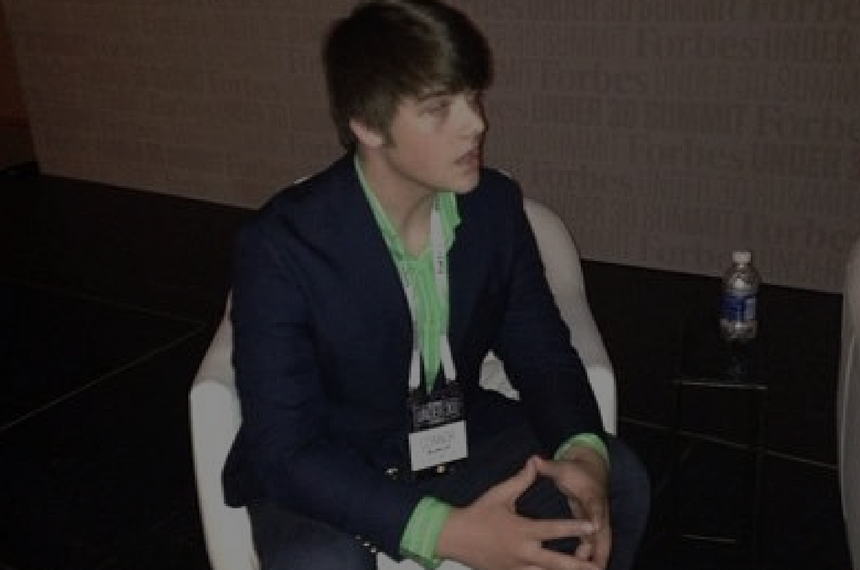 Segment 1: (Length :05:00) – General Updates; Introduction to Connor Blakley and his journey as an entrepreneur thus far; starting several businesses before the age of 17; Why companies miss the mark at marketing.

“It’s funny when people ask because they’re expecting my journey to begin a year ago, but I truly feel entrepreneurship is a DNA trait and it started when I was 6.”

“When I was 10 and 11, instead of me doing lemonade stands and standing outside, I used to have all my little friends run them and then I would go play video games and come back in a couple of hours and pick up the money.”

“When I was 12 / 13, I did the whole football card, collectible trading. When I was 14, I almost got expelled from middle school for starting a homework starting network.”

“My dad, who’s an entrepreneur as well, told me, ‘Listen, you need to find a way to bring actual value to a business’, so that’s when I felt social media is a great gateway to get started.”

“So I basically started my first social media agency and ended up helping 50 small to medium sized businesses across the United States and Canada. I did that for about a year and a half. After that, I didn’t want to become known as a social media guy.”

“I need to leverage my age and my marketing experience to have greater impact in solving problems.”

“Companies are interpreting the data wrong and then it gets messed up in the sales and marketing strategy.”

Segment 2: (Length :07:00) – Talking with Connor Blakley; Engagement and authenticity; Understanding how to speak to Gen Z.

“I don’t think followers matter. You can have the attention but it’s what you do with it. What value are you bringing to them to make them convert.“

“For those that don’t know, ROI means return on investment. Well that incubates a marketing and advertising of talking at non-engaging, all of that, cause they’re only focused on monetary rewards and they don’t value their consumer.”

“I flipped the acronym to Return on Interaction to the belief that selling to a friend is easier than selling to a stranger. And not only will your friends buy your stuff, but they will also advocate for you. Not only on social platforms, but the best marketing inspires word of mouth.”

“As much as you have these ‘gurus” who are saying that they know all this shit, you can’t go to anyone anymore. Not only that it’s so clouded, but it’s moving so fast. Gary Vaynerchuk could say one thing and the next day it’s something else.”

“I think it really comes down to being real. Well, two things actually. Realness and coolness. The second something is uncool, they won’t deem it worthy of their attention. And the second something isn’t real, then your fake and who would want to create a relationship with someone who’s fake to begin with.”

“The reason that Aeropostale or Abercrombie is failing is straight up advertising and customer experience. Gen Z has grown up in a world where we saw our parents go through a recession, constant world wars and attacks so we don’t necessarily believe in that ‘perfect’ aspect that is the American dream.”

“So brands that are portraying that perfect scenario lifestyle, we’re just sitting there and saying, ‘What even is this’. I can’t put it into words.”

“They don’t know a world without a constant streamline of information, mostly personalized to them. This is why I preach engagement so much is because when you engage with someone, it’s specific to them.”

“People ask me all the time, ‘Why are you different Connor? Everyone has marketing experience. What makes you different?’ I fully believe that purely based on the fact that, experience aside, purely based on the fact that I am 17 now and I am GenZ. You can’t have a 40 year-old saying that he knows what a 17 year old, 14 year old, 13 year old is thinking.”

“The whole thing with the void between the data and the marketing strategy is the reason that brands don’t know how to communicate with us and they’re losing. It’s because they have people that aren’t GenZ interpreting data that doesn’t mean what it means.”

“I think the influencer marketing space is on the uprise. It will probably be one of the most influential pieces that the industry could possibly move forward. Gen Z already has this relationship with these influencers.”

“What resonates with every single person? Coolness and kindness. The point of all human relationships is one connection.”

“If you don’t know why you do what you do, you’ll never be able to exceptional at your craft. Find your driving force, pour gas on the fire and let it propel you towards success.”