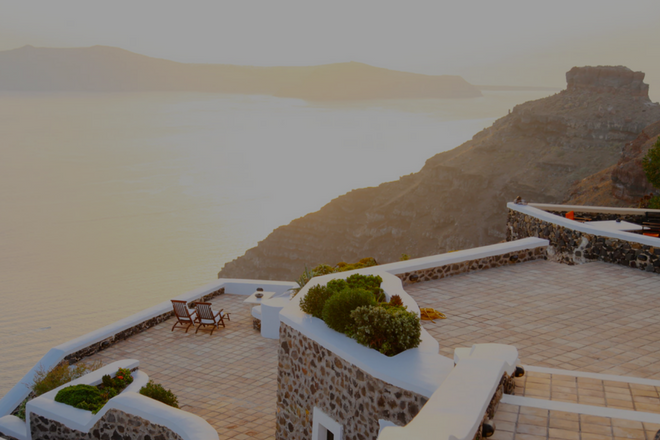 Matt Gottesman & Case Kenny – Understanding your why; Surrounding yourself with the right people; Types of conversations you’re having; Looking for the right character in others.

Segment 1: (Length :04:00) – General Updates; Introduction; Matt & Case will be speaking; Why are you doing what you’re doing; Surrounding yourself with the right people.

“It is a very interesting topic because it sparks a lot of interpersonal ideas and thoughts that you have to go through, and then of course, external in terms of who are the people you play with. When I mean by internal is you have to really go inside and ask yourself what it is you want and why? What is it going to do for you? Where are you trying to get to? What are you trying to impact? What are all these components that really resonate with you?”

“I don’t mean just the external material things. What do you really want to do? If you had to do life design, what does your life actually look like? Along the way of getting there to that vision, you’re going to have to surround yourself with people who can potentially get you there, either because they are already there, or because they’re on very similar paths to doing so.”

In looking at having people who are advisors and mentors to you, not only what they had already done, but what is their lifestyle like? Who are they as men and women in this world, as leaders, as individuals, people who count on them? How are they leading their life?

“The importance is really going inside of yourself first, what is you want, the life, the vision that you have for yourself, and then how are you putting yourself around people to get there?”

“The fact that you are the direct result of the people you hang out with.”

You become them. They become you, and I think that in and of itself is a big newsflash in that you have to center yourself. If there's something that you want, the easiest way to get it is to find people who have it, and surround yourself with them.

“Like if you want to get in really good shape, then the best way to do so is to hang out with some really ripped fitness friends. If you want to be funny or more confident or more well spoken, hang out with people who have those characteristics.”

“You understand what are the rituals and tendencies of that person, and then you slowly understand how it is that they became that way.”

“I think it’s just really important because a lot of times when people set a goal and then try to develop towards it, they have this mentality, and I definitely fell into it before I met you, Matt, and then Adam and Matthew, is you can only develop yourself in a vacuum for so long.”

If you want to level up some aspect of your life, you have to commit to finding the people, the right people, to help you get there.

“I think the potentially cold, hard reality of that, that might mean cutting out some folks in your life that are holding you back, that don’t have those characteristics, or that have the opposite characteristics. There’s a lot of different ways we can take this, but I think it’s the power of that inner circle cannot be underestimated. The impact of the right people in your life is everything. That certainly cannot be underestimated.”

Segment 2: (Length :08:00) – Talking with Matt & Case; Types of conversations you’re having; Looking for the right character in others.

“There have been times in my life where I realize the types of conversations I was having professionally and personally were not doing it for me anymore. To Case’s point, elevation requires a little bit of separation. That’s a tough thing to face because it’s one thing when you’re leaving some people behind that just really don’t resonate with you or they’re just not good for you. It’s another thing when you have to leave good people behind.”

I wanted to know more about mindfulness and spirituality and having more balanced life overall. The people I was around, the conversations I was having were around those things. I wanted to be an even better businessperson, so I started having conversations based on a lot of questions I was asking around business, or just absorbing the way that they were making decisions or how they were interacting with people, or how they came to new solutions, and ways that they maneuvered win-win-win deals.

“All of these things are happening for me daily because I understood the types of conversations I wanted to have or absorb. All it took was me to take a step back and say, am I having enough of these, and where am I not? Where I’m not, I need to now go plug with those types of people in conversations in those environments.”

“I think the most important aspect of it certainly is half knowing where you want to go, and what characteristics you want to have and develop. Certainly that’s part of it. It’s tough to picture what we’re talking about without having that in mind.”

At the same time, I think also the beautiful thing about meeting other people and the journey driven element of it is you can let them guide you as well. As long as you're surrounding yourself with people that you certainly look up to in some respect that doesn't have to be a particular, but you know they're going to lead you somewhere good.

“You don’t always have to know exactly where you want to go, but if you have an idea, a general value system, someone else can help you get there. A group of other people can help you get there, but I think now we’re getting pretty philosophical, but I think net-net if you want something, you think about it. If you want to learn how to ride a bike, you learn from someone else. You get a bike. You learn how to ride it from someone else, or you watch YouTube videos in this day and age.”

“It’s really that simple. Sometimes I’m flabbergasted when people tell me that they want to do something, but they don’t know how to get there. The answer is right in front of you. You just have to figure out how do you get in contact with someone who’s already done it, or who is better at it that you? That mentality is pretty simple.”

“Yeah, and I do also think it require some flexibility. When I say flexibility because you’re going to change quite a bit throughout your own personal journey. You bring up value system. I think that that’s so highly important because for the most part, your values are not going to change. If anything, they’re only going to expand.”

flexibility because you yourself, you're going to constantly be changing in your wants and your needs, again, putting yourself around people who are equally chasing their greatness. You're getting everything you need from them in terms of mentorship, advisor, in terms of conversations, in terms of flexibility, in terms of values, in terms of all these things that comprise the world that you're really wanting.

“That’s why you see very tight-knit circles at the top because they all came up together for very specific reasons. Be thinking about that when you create your surrounding environment.”

“That’s it. I know everyone’s in a rush, everyone’s in a hurry. I, myself, am one of the most impatient guys in the world, but I’m very content because I know that what I say has impact and it matters and there’s statistics to back that up. And as long as I have that, I’m happy.”

“Certainly if we’re talking tactic stuff, because I know that sometimes people like to get down to that, the biggest thing is like I never understand why people will post something and then not respond to comments on their posts?”

Like that's the easiest thing in the world to do. One, creating a conversation. Two, I guarantee you that the next time that person sees your post, they're going to like it, they're going to comment on it because you've responded to them. It goes a long way.

“Same with DMs. I respond to every DM. I respond to every email. I respond to every comment. Even if it’s just liking the comment because they said, “This was really impactful.” Or something like that, I’ll still do that. It goes a long way. I’ve seen that firsthand. Especially with like … Not to stray away from the Instagram idea, but like with the email, just responding to someone’s email to me when they responded to the PRSUIT through the email, and they say how much they like it? Just responding and saying, “Thanks, I appreciate that.” It goes a long way, whether you realize it or not.”

“Then create content consistently, every single day if you can, or every other day. Create a consistent pattern that you can train your audience to know when you’re going to be dropping new stuff. Make sure, to Case’s point, that you just constantly interact with them. Welcome them to interact with you. Do call to actions. Ask them to comment and give them your thoughts, because you care about what they think as well too. And of course, respond to them accordingly, don’t wait around. Make sure that you’re really on top of them.”