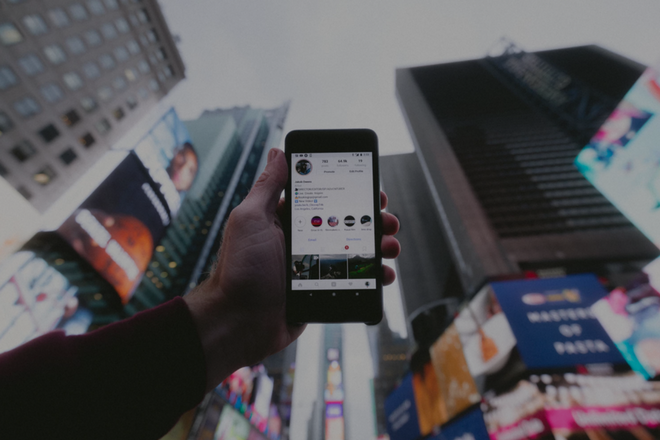 “So I think that if you’re trying to start an Instagram account, or really any social platform, what you should be going for is influence. Not numbers.”

Segment 1: (Length :04:00) – General Updates; Introduction; Matt & Case will be speaking; Growing your personal Instagram; Case building on @case.kenny; Being authentic with your content.

“I feel like it’s been the hot topic for a few years now, and I feel like it’s still going to be for a while. We get asked all the time about how we did it, how we continue to do it. About content. About the numbers. The following, the audience, all of these things come into play with your whole Instagram presence, if you will.”

what does it really take to grow a personal Instagram? Why are you doing it? What is that really leverage? And let's really dive into the mythical numbers and what's really important versus what's really going on.

“Why did you start the personal Case.Kenny, @Case.Kenny, on Instagram? What were some of the underlying factors that went into it, and then how have you been able to grow it? And what’s been going on in the process?”

“”The mythical numbers behind it”. I think that’s a big thing. Not to be a downer, but there’s a lot of fakes on Instagram. Which I think people don’t realize, and as a result, when they’re looking at these things it can be really discouraging to people to start their own account.”

“They’re like, “Oh man, how am I going to every get 1000, 10,000, 100,000 followers?” Or, “Look at these people, that are just killing it.” But when you actually look and dive into their accounts, they have nothing. So I think there’s a really important delineation between numbers and influence, right?”

So I think that if you're trying to start an Instagram account, or really any social platform, what you should be going for is influence. Not numbers.

“This is something that’s really important to me, and was a big reason why I waited for so long to start mine is you know, if I look at someone’s Instagram account, I’m like, “Wow there’s 50,000 followers, really cool.” And then you look at their account, and they have zero engagement.”

“Engagement being likes, but more importantly, comments. Comments is the biggest indicator that someone actually cares about what you’re writing about, or what you’re posting. Without that, you don’t have influence. All you have are numbers, and to me that’s pretty meaningless. And I think, especially if you’re and entrepreneur, and you’re trying to monetize it, it’s meaningless as well. So I think it’s important to go into it with that mentality that what you should be after is influence.”

“There’s a lot of different things that I would consider when trying to create that, but Matt back to your question. I waited for so long just because … well for two reasons. One, I spent so long growing the PRSUIT Instagram account, which is like a hundred and forty-something thousand, and looking back at how long it took me to get there, that was kind of discouraging. I was like, man, do I really want to start this process over again, and start the personal account? In my head, the answer is no.”

“But then, after building my brand, which is PRSUIT, kind of like aha moment. It was very easy from there because really if you’re building a social presence, you should be building it on the foundation of something else. Right?”

Unless you're a model, or maybe a photographer where your presence is derivative of that thing which you do, you really shouldn't be trying to create influence. Your influence is derivative of what you created. So for me, I wanted to have PRSUIT be really influential before I created a personal account, right.

“It was never meant for me to be the public facing brand of that, but once I had that, it was like, “Okay, well now that I’ve created this, I’m confident that I have something to offer.” So everything that I post on Instagram is derivative of my brand. That’s just transparency 101.”

“As far as tactically, the way that I’ve grown the account, I think I’ve grown it probably … what is today? March. Probably seven thousand in the past three months, which I think is strong. It’s like 100, 200 a day or something like that as far as followers.”

“The way that I’ve grown it is through my company. Is through our companies. It’s through PURSUIT, right? I think people like, “Oh, the best way to grow your Instagram account is hashtags, and then commenting and liking other accounts, and posting at the right time of day, and posting consistently, and maybe even using bots and things like that,” and I think all those definitely play into it if you want to grow.”

But the best way is to leverage something that you've already created. If you're a blogger, there. If you're a podcaster, mention your account on your podcast. If you're a musician, I don't know, in the song, in the credits, something like that. Leveraging whatever you have to then grow your account there. Cause that does two things. Once, it directs your audience that already knows about what you do, to your social account and it gives you credibility.

“So when I post on Instagram and I post a little article or something, and I get 100 to 200 comments, people know who I am. It’s not just random people liking it, Because it’s like a model like photo. It’s because they’re actually reading the content and they’re liking it. I think that the biggest takeaway, for me.”

“You see all these people that are like, “Oh I’m a marketer. Here’s my account.” The reason that no one gives a fuck about you is because no one knows what you’ve done, right? And frankly, you might not have even done anything. So there is no reason for someone like you, but you build it on something else? That’s powerful, and that gives people a reason to believe in you.”

“Yeah. I would really agree with that too. And I don’t want to discourage people on here like, “Well, I haven’t created something, so how am I going to use that as a foundation or a springboard and then create an account?” Like I don’t want to discourage people from that because you definitely don’t necessarily need that running start. I think just the base … You have to give people a reason to care, right?”

“It doesn’t necessarily have to be derivative of some great … something that you’ve creating in the past because not everyone is at that stage in their journey. Totally understand. Just, you have to give people a reason to care. And you’re not giving people a reason to care when you’re just regurgitating the same old crap.”

“You’re not giving people a reason to care when you’re just posting bullshit and you’re asking your friends to comment and people are like, “Oh cool. Nice pic.” Right?”

I'm pretty humbled with my account in the way that people engage with everything. It really is pretty cool. People actually care. That's because, to some extent, to some way, I don't really know how always, I've given them a reason to care. That's the biggest thing. I think literally, to what Matt was saying too, it's like you just have to tune everyone else out.

“You see all these people, and if you’re a marketer and you’re listening to this, you know what Matt and I are talking about. All these guys with their blue check marks and their verified accounts and they’re talking about how, “All of this has brought me so much business.” Well, you look at it now and a lot of those guys who had those marks? They got the marks removed because they got them in not good ways, or they got their accounts deleted as a result. So I think it just speaks to the fact that if you want to build influence, just do it right and do it slowly.”

“That’s it. I know everyone’s in a rush, everyone’s in a hurry. I, myself, am one of the most impatient guys in the world, but I’m very content because I know that what I say has impact and it matters and there’s statistics to back that up. And as long as I have that, I’m happy.”

“Certainly if we’re talking tactic stuff, because I know that sometimes people like to get down to that, the biggest thing is like I never understand why people will post something and then not respond to comments on their posts?”

Like that's the easiest thing in the world to do. One, creating a conversation. Two, I guarantee you that the next time that person sees your post, they're going to like it, they're going to comment on it because you've responded to them. It goes a long way.

“Same with DMs. I respond to every DM. I respond to every email. I respond to every comment. Even if it’s just liking the comment because they said, “This was really impactful.” Or something like that, I’ll still do that. It goes a long way. I’ve seen that firsthand. Especially with like … Not to stray away from the Instagram idea, but like with the email, just responding to someone’s email to me when they responded to the PRSUIT through the email, and they say how much they like it? Just responding and saying, “Thanks, I appreciate that.” It goes a long way, whether you realize it or not.”

“Then create content consistently, every single day if you can, or every other day. Create a consistent pattern that you can train your audience to know when you’re going to be dropping new stuff. Make sure, to Case’s point, that you just constantly interact with them. Welcome them to interact with you. Do call to actions. Ask them to comment and give them your thoughts, because you care about what they think as well too. And of course, respond to them accordingly, don’t wait around. Make sure that you’re really on top of them.”