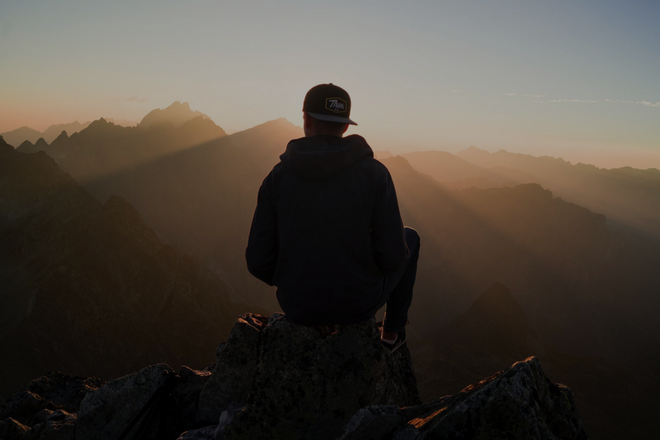 Matt Gottesman & Case Kenny – Breaking fear and going for it; Learning from others; Taking something and making it better; Reality vs. Highlight reel; Being authentic.

Segment 1: (Length :04:00) – General Updates; Introduction; Matt & Case will be speaking; Fear is an illusion; Taking the leap; Finding positive influences (no one is self-made); Reality versus highlight reel.

“The jumping off point. I’ve always kind of taken risks, so it’s been a little bit easier, but I didn’t know what I was doing any of those times. I had absolutely no clue.”

“What I’m noticing especially in a lot of the mentorship that you and I do is that people basically feel like, well, I have to know all the details before I start something.”

“The other part is what will people think of me? That already is also you’re worrying about other people, but you don’t really have that luxury of time to worry about what other people think about because the clock is ticking on your life. You really have to come outside of that and be like, “Well, what do I want?'”

“We think that other people are thinking … ‘What are they going to think?’ They’re too busy worrying about themselves just the same. If you were inside of everybody’s head you would realize that they’ve got their own shit that they’re dealing with, so you’ve got to kind of remove that, that idea as well, too.”

“Then I think it’s just that, like you brought up, the fear of the unknown, but that’s where you have to twist that around.”

“You need those things to grow a company, otherwise your company would just stay the same. Then the alternative is you can worry about it, but we don’t have that time because something still has to happen.”

“The fear, again, of getting started I think is just really just it’s just in the mind. It’s an illusion. It’s fake. It doesn’t even really exist. It’s just messing with you. Those are my I think three or four points on fear.”

“I think also other side of the equation is there’s so much crap in the press about all these self-made entrepreneurs and successful people, right? I think there’s a lot of pressure for people to think that they need to be self-made, right? They need to just suck it up and hustle and do it.”

“I think that kind of creates this circle of apprehension and anxiousness and fear, and everything that you just mentioned, compounded with the fact that people think they need to do it alone. I think it’s also kind of a BS thing when people call themselves self-made, right? You see it in Forbes or a title, right? A headline, self-made. No one’s self-made. There’s no way you’re self-made.”

“If you’re saying you’re self-made you are disregarding all of the other positive influences in your life that absolutely had impact on your ability to succeed.”

Segment 2: (Length :08:00) – Talking with Matt & Case; Learning from others; Taking something and making it better; Staying in your own lane; Being authentic.

This is a patience game. This is a marathon. This is not a sprint because you will fall flat if you get all this hype and then can't deliver.

“If you see all these people hyping things up, don’t pay attention to it. Just stay in your lane. Do your thing, be about your craft, be about your product or service. Keep tweaking and keep fine-tuning it.”

“Actually, I think that brings up something that you talk about all this fluff and you talk about this idea of self-made, and all the headlines and whatnot. I think another thing that people are afraid of approaching and doing is people think that because they see all these headlines of these people doing all these amazing things, which may or may not be true, they’re brainwashed into thinking that they’re not capable of creating something so unique that they too can be worthy of such a headline.”

“What I did with PRSUIT, right? Daily email content, that is not original. The Skimm did it long before I did.”

I've just made it better, in my opinion, with our angle, right? Respectful. We're very different from theSkimm, right? We never make that comparison, but it's just a different angle. I will sit here all day and tell you that I studied the the Skimm through and through and took a lot of what they did and just imitated it and made it better for my audience.

“There’s nothing shameful about that. I think if I hadn’t been confident enough to do that I would’ve sit and had a pity party about how, oh, man. I’ve seen them in Tech Crunch and I’m sitting here not growing my business, right? I think it’s super important to just ignore all that stuff, be inspired by what other people are doing, and make it your own.”

“There’s so many businesses that are doing the same thing, but they could all be successful at the same time, right? This isn’t the Ford versus Chevy versus Audi, right? There’s so much room to be successful. You don’t have to let hesitation or fear of lack of results, or any of that, get in your way.”

“I can only say that from my perspective. I hate it when people make blanket statements, like how the heck are you credible to make that statement? I’m only saying it from what I have witnessed in my own business, and my peers.”

It just goes to kind of show you that you do actually have to put yourself out there. You do have to be in front of people. You do have to tell your story. I just believe that Case and I do it from a very authentic place because we did the work first, and then we started.

“It’s about taking little steps and then taking risks. Just freaking go for it. I was going to say we’re all young. Maybe we’re not all young, but I don’t think it ever matters. I think what’s the worst that could happen from starting something?”