Ep. 134 – Understanding Growth & the Art of the Pivot With Matt & Case 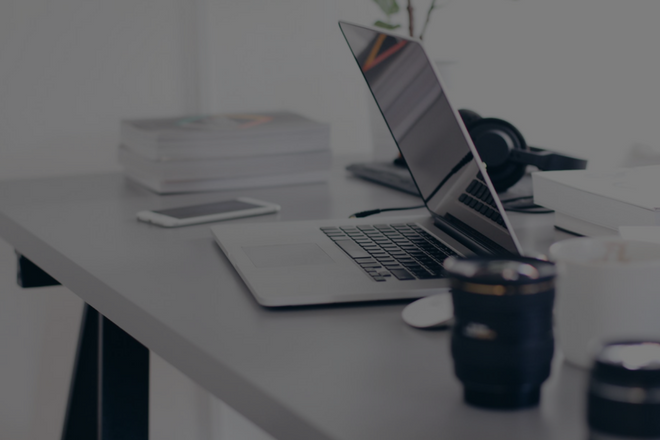 “The dynamic of the way we move is that one of us will call the other and say, ‘I’ve got an idea.’ And usually within about seconds we’ll be like, ‘Yep, we should try that. Let’s do that.'” And there’s really no resistance in any of that because a lot of it is just about, “Let’s test that idea,” or, “What’s the use case for doing it.”

Matt Gottesman & Case Kenny – Knowing when to pivot your business; Being a realist; Creating a Daily Email; Relating to the audience; Don’t be so salesy; Facebook Ads that changed the game.

Segment 1: (Length :04:00) – General Updates; Introduction; Matt & Case will be speaking; Taking a step back with your business; Being a realist when running a business; Making a pivot to keep the vision alive.

“Where you start and where you end up can be … will be drastically different places, but the vision can remain the same, and it should in a lot of ways.”

“If anything the vision can expand quite a bit, but where you start isn’t always where you end up and the reason being is because you start to learn a lot about adaptation from being in the market and growing around an audience and seeing what it is they like, where is their attention at?”

We came in several years ago, he had PRSUIT, I had HDF Magazine. We met, we realized we have similar vision and similar values and those two aligned. Then after coming together we met some majorly talented individuals who had been in the media game for a very long time advising us, formed Trep Media Group.

“I think just foundationally the best and most impactful attribute of any successful entrepreneur that I know is that they’re realists. I think this past September when I did make the pivot for PRSUIT, it was kind of like a realist moment.”

“PRSUIT as an online publication, it just wasn’t … if you’re looking at it as a business, it wasn’t a scalable business. It wasn’t making that much money, it was really, really tough to make money. You’re not going to be able to scale that.”

“I looked at that and what I was doing with it and just more or less realized that I wasn’t being that impactful. I wasn’t growing the business as fast as I wanted to and I was struggling to see what the future was for it. I think if you come to that stage it’s either shut down the business or pivot.”

Obviously I'm a stubborn dude so I would never, ever shut down the business, so pivot was the logical conclusion.

“You look at what Facebook did recently with their big, massive algorithm overhaul, it’s pretty much the end of publishers on Facebook, and I started to realize that I didn’t want to be beholden to other people’s variables in making my business successful.”

“One of the things that I noticed, if you think about companies that do it well, is that they are massively successful because they hold all of their distribution and they control all the distribution.”

No one's going to take their email lists from them, nothing really effects your deliverability from email, it's going to be delivered. As long as your content's dope it's going to resonate.

“So I decided, I was like, “PRSUIT does cool things. People love PRSUIT. We have over 600 contributors over four years. We’ve been doing great content, people really love the content,” so I decided, I’m like, “Let’s take that vision that’s always been foundational for us and let’s just move it to email.”

I just had a moment of realization and I had a moment of deep self-reflection to understand that the longevity was in music for me and that's what has been fueling me my whole life from a very young age. I knew that's where I wanted to be.

“It’s the best decision I ever made. It’s a business. It is a business. We’ve made more money in two months than we did all last year with it, that’s for a variety of different things but primarily brand sponsorships and advertisers.”

“But I think considering that from where we were to where we are, it was the right decision. I made that pivot because we weren’t making money and we weren’t scaling, now we’re making money and we’re scaling it beyond everything … anything I ever believed possible. So I think if you consider that, definitely a wise move and a wise decision.”

Segment 2: (Length :08:00) – Talking with Matt & Case; Being able to move quickly; Relating to the audience; Removing the ‘marketers’ guidebook.

“I had been thinking about it for awhile and then one day I just called Matt and I was like, “Here’s what I’m seeing, here’s what I’m thinking. What do you think?” And Matt and I are cut from the same stone so I was, “Yeah, let’s make a move, let’s do it.” I think we’re both patient but impatient, we’re big proponents of the lean startup methodology and it just made sense.”

“The dynamic of the way we move is that one of us will call the other and say, ‘I’ve got an idea.’ And usually within about seconds we’ll be like, ‘Yep, we should try that. Let’s do that.'” And there’s really no resistance in any of that because a lot of it is just about, “Let’s test that idea,” or, “What’s the use case for doing it.”

“The other thing too is that you said, “I’m stubborn so I’m not going to give it up.” Just from a starter perspective, being stubborn when you know that you’re tied to the vision and you’re pivoting is what you should do, what a person should do.”

“It’s funny, you brought up that by focusing all your attention it freed up a lot of time. I have a lot of people who when they ask me about PRSUIT they go, “That’s a lot each day, he’s doing it daily? Look at all this content. This is a lot.”

“I know where I can make an impact and drive results whereas before I was like, “All right, let me do some distribution here, maybe optimize here, maybe try to recruit a writer here, maybe try to get some press here.” Those are growth tactics and now for me it’s create dope content, make it shareable, and use our existing social assets to drive growth. That’s it.”

“And then of course business development and sales and whatnot but that’s different from growth, but it’s made me more focused which I think is the most important when it comes to growth. If you’re trying to grow too many things at once you’re not following the Pareto principle, 80/20, and now I’ve been able to define that I know where my 80% should be.”

“I certainly am busy. It certainly takes awhile to put these things together and do all the things that go into it, but I know what it takes to drive growth now and that’s the most important thing whereas before, even after three years, still never figured it out. Granted online publishing, blogging, is very tough space to figure out in general, but I’d say now my perspective is very clear. It energized me, it gave me more confidence, it really re-opened my eyes to the roadmap to the future which before was becoming increasingly cloudy, so I would agree with that.”

To be successful in advertising, for Facebook specifically, you're trying to drive leads or sales. I don't ... I think you should not be a marketer.

“I hated it but I went with them. We worked a little bit together and the results were horrible. My metric for success for Facebook advertising is cost per lead, which is an email subscriber, I’m not making any money off that. I make money in other ways but I need to grow our email list to get more reach to attract more advertisers to blah blah blah.”

“I am doing it right because my results squash anyone else’s results and that’s because it’s all about just resonating copy and that’s all it is.”

“There’s obviously more to it, I’m only talking about within the realm of driving email subscriptions. I’m totally off base on talking about something else, but I think people overlook the fact that you just need to be real. You don’t need to be a marketer to be successful with your advertising side.”

“If you’re trying to sell them value of your company or your publication, you shouldn’t be a marketer, you just need to be an average Joe and show the value of it which a lot of the times it’s humor-related or just experience-related. Whatever way you have to do it, it’s just test, test, test, test and then just create good copy.”