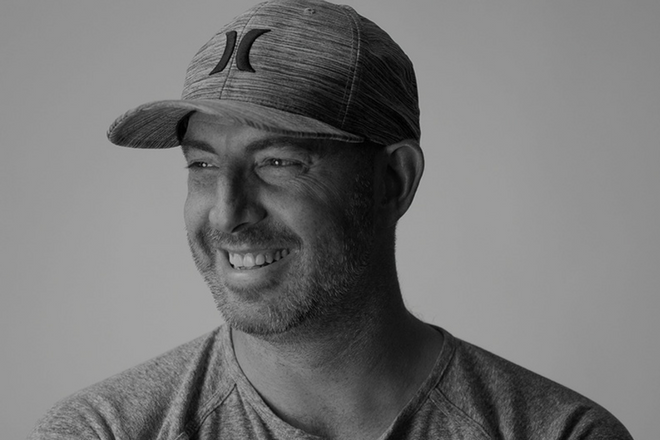 “It’s kind of putting whatever that big problem in the light, and just addressing it with your team, authentically. I think that’s harder to do than … there’s lots of brilliant ideas. It’s just acting on those ideas with courage, especially if you’re trying to figure out how you’re going to survive with all these other companies coming up today.”

Segment 1: (Length :04:00) – General Updates; Introduction to Ryan Berman  and his journey as an entrepreneur; On writing his book; Starting Courageous Brands and launching Sock Problems.

I've described myself as a compensated observationalist, and I don't sense that to be one of the most courageous jobs on the planet, hence ... my job was to go out and interview really courageous people like Navy SEALs and firefighters and astronauts.

“So I’m like a month and a half, two months into this gig, and I’m interviewing a woman named Loretta Hidalgo. She is an astronaut for Virgin Galactic, and we’re … really, one of my first in-person interviews. At this point, I’m still fighting with, like … why am I writing this book about courage?'”

“And wouldn’t you know, the first three minutes into the conversation, she says to me, “Okay, Ryan. What makes you qualified to write a book about courage?” It’s like, “Touche, astronaut,” you know? Fair question.”

“Her point, by the way, was, “No, no, no. You need to figure out why you’re writing this book. As a storyteller, you are the right person to write this book.” But the thing she said to me is, for her, there’s no daylight between the professional her and the personal her. When you can be that authentic in your everyday life as well as your business life, usually you’ll go further, because you don’t have to worry about … like, you don’t have to worry about what’s going to come out of your mouth.”

“First of all, I’ve had this idea of Sock Problems for five years. Have you ever been angry when you had an idea, and then you saw someone else do it? And you’re mad, and then you’re like, “Wait, why am I mad? I didn’t take action on that idea. That’s on me. That’s not on anybody else.”

“So what happened was … you start to write this book about courage, and just so you understand my background, I come out of creative agencies. I’ve owned agencies since 2004. I wasn’t trying to launch Sock Problems; I was actually trying to better position my last company, i.d.e.a., as a company that works with Courage Brands.”

“A funny thing happens when you start to write a book about courage. The little voice in your head takes over and starts saying, “Okay, Ryan. How courageous are you really? If you’re so courageous, you’re going to get up behind your laptop and you’re going to actually come up with a meaningful idea that can make a legitimate difference.”

“That’s it. We’re going to try to sock problems with socks, and right now, it is an overwhelming time. I think, if you’re like my wife … my wife’s strategy with dealing with society right now is to turn off the news. She just shuts down. She doesn’t even want to pay attention to what’s going on, which is a strategy. It’s not a strategy that I would take, but it’s a strategy, and I think a lot of people feel very similar to her.”

“It’s kind of funny to watch sales come in, and see the response. The early response has been really, really positive, and we’re getting some good press on it. Again, it’s just … I’ve always been in the service business.”

“We make our socks in China. I was like, “Well, that sounds like we should probably go make sure they’re making them the right way.”

“And by the way, I feel more alive when I’m growing, so … Gosh, can you even imagine if we actually did sock a problem? To me, how purposeful would that be, if we actually took a problem down. That’s the hope.”

“What’s the problem? Where’s the pain, and how authentic is it? Again, we’re going to keep running in circles on this call, in a good way, on the main themes of being real, being authentic. There’s so much noise out in the world right now, so I would just start with … What’s the purpose? What’s the problem, and how are you going to go at it?”

“When your company is called Sock Problems, it’s fairly understandable to what we’re trying to do. We’re trying to turn “sock” into a verb, right? We’re trying to sock problems in the world, and what’s really cool is that I get to use everything I’ve learned in marketing over 20 years, and actually pump that into a product.”

By the way, when I don't know something, which is 90 percent of the time, thank goodness I've surrounded myself with people that do know how to make an amazing product, who do know how to run a product business.

“Now, there’s the internet, so the jacket comes to you, first of all. And there’s 1,000 jackets you can choose from. And not only does the jacket have to just keep you warm, you want to know exactly how that jacket is being made. What’s the fabric? Did you mess up any animals on the way to making this jacket? There’s a million types of jackets, and it comes directly to you.”

Now, the only point of bringing this up is, some of these businesses that are still in business now actually were started in business 1.0. They are terrified and struggling to actually keep up with sort of the digital natives.

“… just because you have an idea, contextually, have you really thought about what happens when your idea lives in this world of noise, today, this modern world? Will it actually survive? If people don’t want to love your brand, adore your brand, talk about your brand, if you’re not creating authentic advocates, forget it. A jacket that’s functional and keeps you warm, and that’s it? It’s going to have a hard time competing against a Patagonia that has a real purpose to it.”

Segment 3: (Length :10:00) – From content marketing to context marketing; Being courageous in the business landscape today.

“So, same thing. I think the first mistake we make is … it’s got to be more than content marketing. The content has to understand where it’s living. Where are you dropping this content in?”

At i.d.e.a., we used to say some of our best ideas lived in the smallest of spaces. We right sized those ideas to live, like, on your phone, right? This is an exercise in being really, really thoughtful, and understanding what's going on today.

“Again, when you do what you do … let’s say you actually love what you do, which, like … let’s say that’s 5 percent of us, 10 percent of us, that are lucky enough to say we actually love what we do. And we do what we do for 60 hours a week, 80 hours a week. We assume that the public is going to care about our shit as much as we do, which of course is not the case, right?”

“I think, unfortunately, this is why, if you’re thinking about building a product in the world, and you’re not thinking about how you’re going to market it at first … This is a classic engineer problem. Engineers have one version of the truth. They build something amazing. They’re not thinking about the marketing. Well, you’ve just created the first silo, in my opinion. When you have an idea, and the marketing is baked into the idea, to me, that’s when gold happens.”

I think it's hard to be courageous in business today. I think the bigger your team is, the harder it is to act on that courage. There's a famous proverb that fear and courage are brothers, that you actually can't get to a courageous decision without first channeling it through fear, but most of us ... we don't mean to, but we suppress fear, versus address fear.

“It’s kind of putting whatever that big problem in the light, and just addressing it with your team, authentically. I think that’s harder to do than … there’s lots of brilliant ideas. It’s just acting on those ideas with courage, especially if you’re trying to figure out how you’re going to survive with all these other companies coming up today.”

Brilliant thinking is rare, but courage is in even shorter supply than genius.” Peter Thiel

Ryan Berman is the founder of Courageous: a consultancy that builds and leads Courage Brands™. Berman has developed meaningful stories for major brands in every corner of the country including Caesars Entertainment, Hilton, Major League Baseball, New Era, PUMA, Subway and UNICEF.

Berman believes that courage is any business, being or brands ultimate competitive advantage. Many people want to be courageous; they just don’t know how.

His soon-to-be released book ‘Return on Courage’ addresses this head on. He has also used the methodology unveiled in the book to launch his own Courage Brand called Sock Problems: a charitable sock company that socks different problems in the world.

In his past, he was the Co-founder and Chief Creative Officer of i.d.e.a. — a fully integrated creative agency based in San Diego, California.