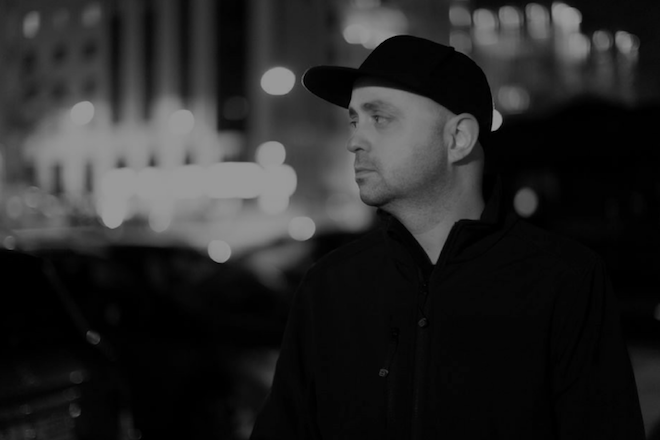 “It’s definitely going into the area of self-fulfillment. When Prince put his album with every single, whatever newspaper was in London, free. That told you: The monetization of the former model of selling records is gone.”

Eddie Meehan – President and Co-Founder of Wonderful Union; Building a brand around the artist; Self-Fulfillment in Music Industry; Creating a community platform

Segment 1: (Length :04:00) – General Updates; Introduction to Eddie Meehan and his journey as an entrepreneur; The changing landscape of the music industry; Creating a community for artists.

“I’ve had this company over ten years now, and when we started it was a web company which evolved, and it’s a very interesting place. The music industry especially, like the wild west.”

“They were calling it “New This, New That” and it was something where … this is the future, this is where it’s going, and luckily I had a couple of partners who had the same vision as me and we sat down.”

“It was funny, it was a Friday afternoon, we’re having beers and we’re like, “What if we created, I think Myspace was popular at the time, but what if we created this around artists? We created a community? We created something that captured data and also generated revenue.”

“And we had the idea, and we left. Somehow … nonstop strikes of luck where we picked up some amazing clients, and we launched in 2007 with one of our first clients. Luckily enough it was, a couple of ’em, it was a rock band, Papa Roach, and the Backstreet Boys.”

“Two completely different artists. Two pretty decent fan bases, and aggressive fan bases. Who are very engaged with the artists. Prior to that we had launched websites … if I was to step up a little bit here.”

Going back, in probably 2004 we were the company who everybody went to for those big over the top flash websites. You would go onto ... Kenny Chesney or whatever artist that year, you would pull up on their website and it'd be very aggressive with the flash, and the sound. One day, with the loss of Myspace that all went away.

“Long story short, 10 years later. You create a website that’s like the anchor, and then those other opportunities open. It’s finding the ability to … if you have the traffic, then you have a very active storefront. With that storefront, you have merchandise, and you have a fan-club, and what’s a fan-club? It’s a place to get tickets, and special limited edition things, and just snowballed really organically which is interesting ’cause we never had a business plan in place.”

It was more we're one of those companies that just go with our gut, and it's been a crazy ride. But now, over 260 artists, and 5 offices, it's very crazy how it snowballed.

When we started the company we had the idea. We didn't have any clients, we didn't have a product. Luckily, we found the product. I was working with another company and we were building all their platforms and technologies for fan-clubs, and luckily enough things all lined up where I ended up taking a client from them because they weren't doing the job.

“I was just doing it myself. That client happened to be the Backstreet Boys. Which you know, they’ve gone on and sold 140 million record world wide, and they still do massive numbers. The good thing about a group like that is they’re all about fan engagement. And so, you couldn’t really find a better artist that when you look at, “Is this too cool? Can we not do this?”

“I can throw anything at the wall, and if it makes sense, and the fans are happy it’s going to probably make money. So they were always super super supportive. Okay, I’ll do the website. I’ll do the fan-club. And I remember, being at a show where … back in the day, the record labels used to give away meet-and-greets, right? And they would do it as a promotional item for radio stations, you could win … to meet your favorite artist, so on so forth.”

“I had gone to a show and I saw these girls crying, and what not. And their manager and I were talking, like ‘Why don’t we sell these?'”

And nobody was really selling meet-and-greets back in the day. And that's the step that took us from a technology web development company, to actually services.

“And that moved me right over into a fan engagement business, which is now the full back-end of my business. You know, websites, fan-clubs, ticketing, VIP marketing, VIP merch. And random things that we do as artists, like if you want to go bowling.”

“But with the Backstreet Boys that was definitely the tipping off moment … where we went from tech to something little bit bigger, which they all compliment each other.”

Segment 3: (Length :10:00) – Building a brand around the artist; Self-Fulfillment in Music Industry

It's definitely going into the area of self-fulfillment. When Prince put his album with every single, whatever newspaper was in London, free. That told you: The monetization of the former model of selling records is gone.

“You’d fly into someone’s town, and you’d meet with the band. And nowadays you can just go to their YouTube channel, and I think moving forward music is going to continue to progress, but the avenues of distribution are gonna continue to change.”

My focus is to switch from the music element, to the moment in time and that engagement. It's something that you can't ... at this point replicate by using technology.

“That experience of touch and feel and smell. That’s something that people … everybody’s looking for, a heightened experience, whether it’s an airport lounge or a nicer hotel. And as it seems versus twenty years ago, you’d be happy to just get a hotel room. Now you want a suite.”

“And its the same thing with music. People go home … and they commute, they drive. They listen to their favorite artists, whether it’s whoever, Bruno Mars, for example. But that Friday night when they’re going out with their boyfriend or girlfriend, and they’re having a date. They’re able to experience.”

“The more they can experience better, that also helps offsetting scalping, and secondary markets where you can take a ticket and create an experience around an artist. Those are the things I focus on.”

“I wish I knew. I’ve gotten lucky a couple of times, and was a little bit ahead of the curve, but music will always be here, it’s just going to continue to change. The guys who complain about the music industry and were saying Napster destroyed it, they were just lazy. They were just lazy and that’s it. That’s all there was.”

The Internet was a saving grace for promoting and exposing, and even creating. It's a parallel world to the music industry that already exists, and I'm glad to be a part of it. - Chuck D