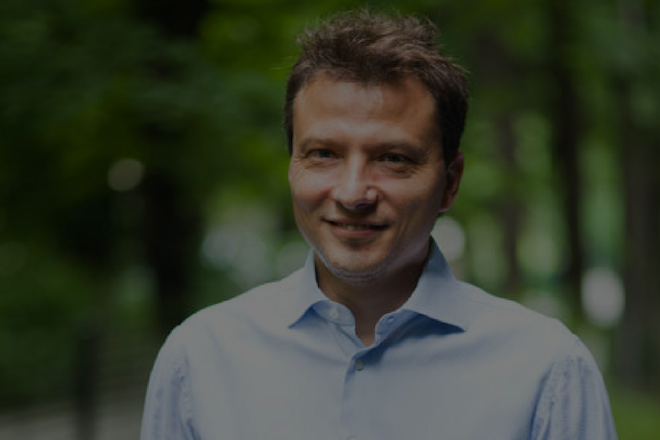 “We expanded to a database of 17 million users. Hundreds of thousands join more each month and we have the largest database of contributors; 300 thousand contributors. You have to understand that this is the marketplace where photographers sell their images to designers. Designers use these images for their projects. It’s not the same thing as Pinterest or Facebook, so the volume is different.”

Serban Enache – Co-founder of Dreamstime; Starting out in one market and moving to photography; Starting from scratch; Building a vast global community; Prioritizing needs.

Segment 1: (Length :04:00) – General Updates; Introduction to Serban Enache and his journey as an entrepreneur; From starting a company based on architecture to building a side business based on photography; 17 Million users; Largest database of contributors.

Dreamstime is a business to business marketplace. Photographers can sell their images to designers. How the website started; it started as a dream. We intended to allow photographers that were shooting images in their family travels to sell them online instead of keeping them on a hard disk somewhere on their computer.

“Now, this may seem unusual at this point, everyone has mobile phones. Back then, it was 2000. Cameras used floppy disks and stock images were extremely expensive.”

“We founded our company called, Archiweb in late 97′. We were myself and my colleague and partner. We were architect students in the fourth year in the university and initially we started to provide computer aided design renderings for architecture companies.”

“Back then if you can imagine, no architecture company would use the computer for producing their work at least in Romania, it was new outside as well, but it was extremely expensive.”

“What we found out was that there was a market for this type of product and slowly we expanded that product into a service designing websites to these companies.”

While we improved our portfolio and we evolved from a very small company to one that catered to a large number of companies in Romania or outside Romania, mainly in U.S., we realized that in many cases we were paying more for the stock images than we were getting for the project itself, from the client.

“When the first digital cameras appeared, it seemed logical to buy one and start to produce our own images for our own projects. Now, this investment was extremely high for us. It required about three months of work simply to get that camera, but he good news was that we were able to accumulate certain number of images and to lower our costs.”

“This happened in 2000 and at one point we decided that it makes sense for us to sell this small collection that we built on CDs on the web, on the internet. Now, back then, the hosting was extremely expensive. Cameras weren’t that good, so we had to compensate with Photoshop, but eventually things evolved.”

In 2004, after accumulating experience with our web design company we realized that there is a great opportunity on the market to provide this images online, all images, all kinds of images and furthermore, to open this market to everyone.

“Back then the market, the stock photography market was very selective, not everyone could join. There were probably one thousand photographers in total. We tried to create the platform that would allow everyone. We found out that there was a huge amount of interest coming especially from eastern Europe, an emerging market.”

“But soon after, from U.S. and from other countries in the world. As the camera has evolved, the first DCRS appeared, we soon found out that the New York Times or CNN were doing articles about our market as we were disrupting this industry.”

“What started as a side project for our company took over the entire development and we were actually working only for this project called, Dreamstime.”

It was again, still an era without Facebook and certainly no big data AIs that would tell us for example, what color code our app should use, apps that are available at this point. Back then in the first year, we received 100 thousand images for the whole year and right now, we receive three million submissions monthly.

“We expanded to a database of 17 million users. Hundreds of thousands join more each month and we have the largest database of contributors; 300 thousand contributors. You have to understand that this is the marketplace where photographers sell their images to designers. Designers use these images for their projects. It’s not the same thing as Pinterest or Facebook, so the volume is different.”

“At this point we can safely say that we reach to most fortune 100 companies. We reach to all kind of businesses. We probably have an account from every major advertising agency in the world.”

Segment 2: (Length :08:00) – Talking with Serban Enache; Understanding the needs of the market; Being the first in it’s niche; Building community.

We basically started small. The plan wasn't to get here. The plan was simply to fulfill a need that we found on the market. That was a niche market back then. It certainly wasn't big and as time passed, we identified other opportunities and we grew.

“Every, every week, every single week, we iterated our business and we tried to find new opportunities. Probably the most success we had was in the first three years where the growth was phenomenal and it was extremely, extremely motivating.”

“It’s a challenge in stock photography where you sell images that you need to have content to sell, to sell it and you need to have designers buying that content for contributors to join. You need to keep balance between these two things because it matters in the long run.”

“If you have too many contributors, you will generate less value for each of them, so they will less motivated to join. You need to keep balance between the offer and demand and most of it you need to use your product and to make sure that you know your market very well.”

Back then the community-based website that Dreamstime has, was quite a novelty. We had E-lance as probably the first bigger community in high tech, but certainly you didn't have the social media. You needed a very good product that was able to promote itself because the images were extremely cheap and we were competing with agencies selling images for hundreds of dollars each.

“Obviously the product was extremely attractive. And then there was another thing, most of the agencies back then were managed by photographers. I’m not saying they didn’t do a good job, but I think that we came with a better understanding of what the clients needed, of what designers needed, what type of image they need, what price they can afford, what size and so on.”

“It’s rather an organic growth because my information is that of an architect. We think about this project as a living project and it has its needs, it has its demands and these audiences whether they are designers, simple users, prospective users, contributors, they each have their own needs.”

“Only for contributors we have three or four types of photographers. We have segments based on what they provide. Are they illustrated, are they videographers, are they simple photographers, or are they hobbyists? They use Dreamstime to generate a residual income or they make a living out of it.”

“We try to fulfill the needs of every segment in the community, but then we don’t try necessarily to direct this community in a certain direction. Of course, we would like to do that and that’s feasible when we curate our content.”

As stock photography agencies are accused of selling cliches or not having natural images, we try to promote a certain type of image that would get out of that thinking. That would be out of the box and natural, more contemporary, more authentic.

“But ultimately, it’s the designer that would decide what is best for him in relationship with his client. Let’s not forget that this is a very, very complicated structure where you have a designer purchasing an image produced by a contributor somewhere in the world, but that image needs to answer the demands of his audience.”

“That designer will work for a customer, and that customer will probably use the image to attract a certain type of audience.”

“You have all these segments coming together and all looking at the same image. Any manipulation you do there would be unnatural, so we are trying to let the market decide what is best. We are trying to answer the needs of the market.”

Segment 3: (Length :10:00) – Prioritizing features and community requests; Being both a photographer and and designer.

“If you have a little bit of experience with the website, you can determine which kind of report has more priority than another. If you receive the same type of request from several users, it’s probably something you need to decide upon.”

“You simply can not ignore it. It doesn’t mean that you don’t read. We read every single email that we receive, every single comment that we get in touch with on our forum or on Facebook or somewhere else. We try to prioritize these based on what we feel that the demand is. Because the volume is that high, it’s easy to do so.”

It's interesting because it comes with a double perspective. One of a photographer, which at the modest level I am. And the other as a designer and as a manager of this business. Most probably this can be completed with the quote that most photographers in stock use, it's that you don't take images, you actually create them.

“You plan these images and you try to come up with the solution that will answer someone’s needs whether they are visual, whether they are your own personal, or someone else. In our case, you have to answer the requirements of a client.”

To me, photography is an art of observation. It’s about finding something interesting in an ordinary place… I’ve found it has little to do with the things you see and everything to do with the way you see them. - Elliot Erwitt